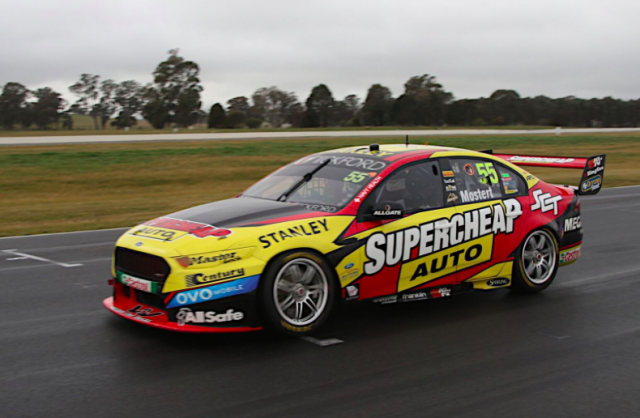 Prodrive has elected to abandon plans to conduct a pre-enduro test at Winton this week due to the threat of wet weather.

The Melbourne squad was forced to curtail a test at the Victorian circuit last Wednesday following a period of rain showers at the venue.

Prodrive investigated the opportunity of testing alongside Erebus Motorsport at the track tomorrow (Tuesday) but has decided a test wasn’t worth the risk with further rain showers predicted for the region.

If the test had gone ahead, the operation would have run without Mark Winterbottom, who has other pre-organised work commitments.

Although frustrated to have been thwarted by the weather again, team boss Tim Edwards says the lack of testing is unlikely to affect preparation for this weekend’s Wilson Security Sandown 500.

Prodrive will now assess the possibility of re-organising a test prior to the Supercheap Auto Bathurst 1000 from October 5-8.

“It is not ideal, but it is what it is, we can’t test anywhere else, so we have got to take our penance for choosing to live in Victoria,” Edwards told Speedcafe.com.

“As testing goes you never want to miss out on a test, but it will be a minimal impact.

“We always do plenty of driver change practice in the workshop and while we were waiting for the weather to clear last week we managed to get some more under our belts.

“We are just checking the available dates for when we can reschedule, but we will have to wait and see.”

While Prodrive has chosen not to make the trip to Winton, Erebus Motorsport plans to complete its scheduled test day at the circuit with its pair of Holden Commodores for David Reynolds and Dale Wood.

The Melbourne team will be joined by co-drivers Luke Youlden and Chris Pither for the test.

“We are just going to make sure we have got everything tidy for the enduros,” team manager Barry Ryan told Speedcafe.com.

“There are always some performance things but the priority is to make sure we have got all our ducks in a row.”

A retro livery for David Reynolds’ car is expected to be released tomorrow to join the NASCAR livery revealed for Wood’s Holden today.