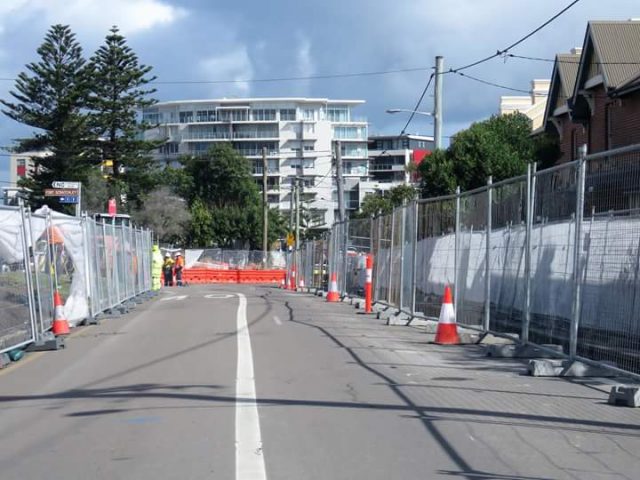 The results of an independent noise management plan conducted by Supercars ahead of the Coates Hire Newcastle 500 have been confirmed.

A study was carried out to address potential health concerns raised by a group of residents in Newcastle’s East End, where the Supercars street race finale will take place from November 24-26.

The report confirms a total of 31 homes, which equates to two percent of the residents within circuit precinct, could be subjected to noise between one and seven decibels higher than the safe limit of 84 decibels (deemed by government agencies and NSW Work Health Safety legislation).

Supercars CEO James Warburton claims the study is was the “most sophisticated” and “thorough” of its kind conducted for assessing the impact of noise at a street circuit.

Event organisers will now work with these residents to address the issue using various strategies.

Acoustic screens and noise cancelling headphones are among the solutions being considered.

“As far as we are aware this is probably the most sophisticated noise modelling of any street circuit globally,” Warburton told Speedcafe.com.

“An acoustic engineer, who has worked for NASA, has used 3D animation and visited two or three Supercars races to work out acceleration points to work out the decibel reading per resident.

“One of the key points is that this is a predictive model, so it is probably conservative. There may be 31 out of 1500 residents that may be between one and seven decibels above the average 84 decibels with a peak of 140 decibels.

“There are mitigation factors that can go in such as acoustic screening, which can knock between 4-15 decibels off, through to simple matters like closing windows and doors and ear protection.

“The reality is we have never shied away from the fact that motorsport is noisy.

“It is pretty thorough and we have gone above and beyond the expectations that were on us.

“With relevant Government agencies, we will identify and assist anyone with special needs, such as the vulnerable, infirm, elderly or very young, treating each case according to individual circumstances.”

Meanwhile, event organisers have confirmed plans to construct an additional grandstand at the circuit.

An influx of interest in the event has led to a new 323 seat grandstand being placed on the outside of the Camp Shortland hairpin.

“Support for this event has been extraordinary and is on track to become the biggest event in Newcastle’s history and possibly the biggest in regional NSW outside of our Bathurst race,” Warburton added.

“With the circuit really taking shape and the civil works coming to an end we expect interest in tickets to only increase as the race draws closer.”

The off-track schedule has also been enhanced following the confirmation that The Veronicas will join the Newcastle 500 concert line-up.

The act will join Delta Goodrem on the Friday night in an all-female show before Cold Chisel and Spiderbait take the stage on Saturday for a night of rock.

A third Saturday night act will be announced in due course.