Jordan Love steps up to Carrera Cup at Sandown

Jordan Love steps up to Carrera Cup at Sandown 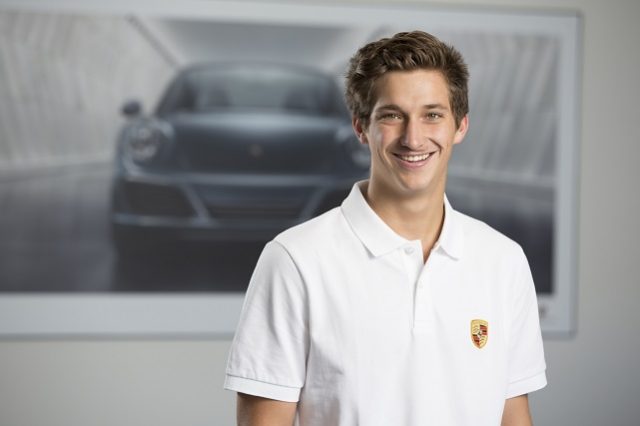 New Porsche GT3 Cup Challenge series winner Jordan Love will move up to Carrera Cup for the final three rounds of the season, starting this weekend at Sandown.

Love clinched the second-tier Porsche title at last weekend’s Phillip Island’s Shannons Nationals meeting, capping off a dominant season in which he broke the record for consecutive race wins and equalled the mark for consecutive round wins.

The 18-year-old will make his debut in Porsche Carrera Cup Australia one week later at Sandown, and see out the season in the remaining rounds at Bathurst and the Gold Coast.

The drive is currently for this year only, but Love hopes to continue in the championship in 2018. 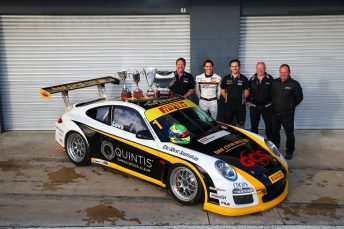 “Making the move from GT3 Cup Challenge to Carrera Cup is hugely exciting and probably the biggest challenge of my motor racing career so far,” said Love, who will continue with Sonic Motor Racing Services.

“It has been a great season for me and to race as the second ever Australian Porsche Junior (scholarship winner) has been an honour.

“The pathway that Porsche provides has been amazing for young drivers like me, especially for this coming weekend where I step into Carrera Cup having spent a season in a very similar 911 GT3 Cup race car.

“I tested at Sandown last week, which was my first time in the current Carrera Cup car.

“There were several things to get used to, including the paddle shift and brakes, but my 2011-spec GT3 Cup Challenge car and the 2014-spec Carrera Cup car share many of the same characteristics, which makes the transition a lot easier.

“While not yet confirmed, I’m hopeful to race in Carrera Cup next season. Should that happen then I’ll be better prepared having raced at the tail end of the 2017 season.”

Round 6 begins at the Melbourne circuit with two practice sessions on Friday September 15.