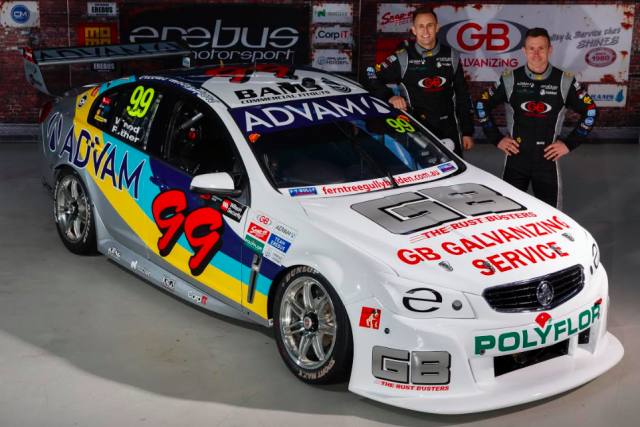 Wood’s primary sponsor GB Galvanizing has elected to delve into its rich Australian motorsport history to produce a special new look for this weekend’s retro round. 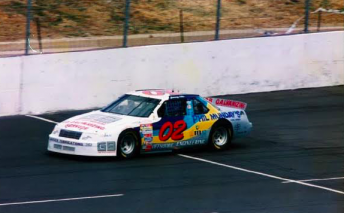 The #99 Commodore will display a colour scheme inspired by a Chevrolet Lumina NASCAR campaigned by Jimmy Ellis in the Australian NASCAR Championship in the late 1990s.

GB Galvanizing backed the entry for the American, who enjoyed a brief foray in the series following a long career in motocross.

“Like many, my brothers and I grew up loving V8 Touring Cars but knew little about NASCAR, and it wasn’t until we attended Calder Park Thunderdome that we understood how exciting the racing was,” said GB Galvanizing’s Gian Gucciardo.

“Its commercial benefits made it easy to come to the decision to become a sponsor, and when the opportunity to buy the team came two years later, my friend Craig Rodda and I jumped at it.

“We learnt pretty quickly that running a race team was every bit as hard as running our own business, and it was unfortunate the sport only survived a couple years after that.

“The car certainly stood out from the pack and seeing it come back to life brings back a heap of memories, in particular the long association and friendship we have enjoyed with Phil from Phil Munday’s Panel Works.”

Wood, who has enjoyed long-term support from GB Galvanizing during his career, is a fan of the retro paint job he will campaign alongside co-driver Chris Pither.

“GB Galvanizing have been in motorsport a long time and it’s really nice to be able to celebrate their history this weekend,” said Wood.

“I really like the car, it’s very old school and different to what we have now with its clean lines.

“We’ve come so far from what the car designs were and my car has some colour combinations you wouldn’t think to put on a car, but with a bit of a modern touch it certainly works.

“Chris (Pither) is great to work with. He’s the only guy out there that was driving full-time last year, so it’s a big bonus he’s so fresh and I think he will be really strong in the enduros.”

The livery will make its track debut on Tuesday when Erebus Motorsport conducts its pre-enduro test at Winton. 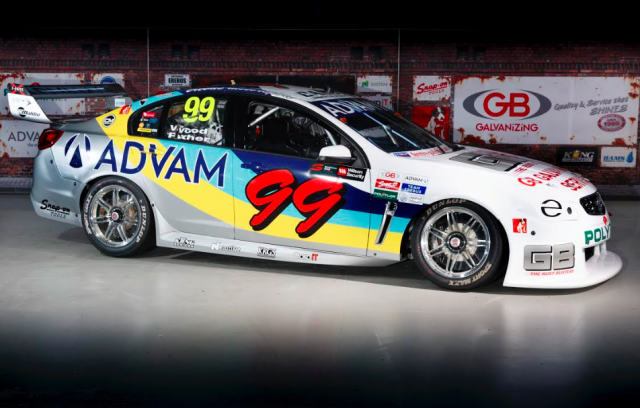 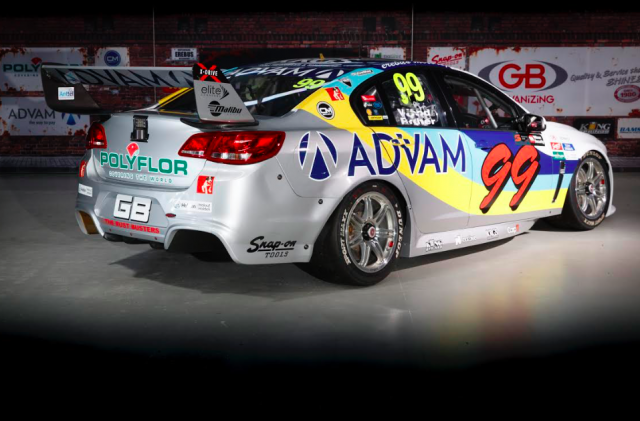