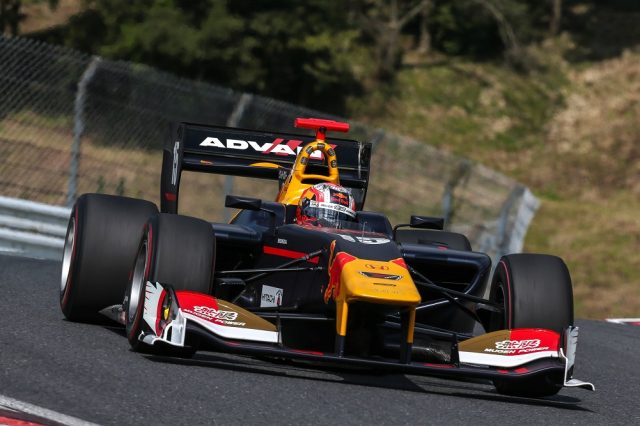 Pierre Gasly has taken a second straight win thanks to a successful gamble on tyre strategy at Autopolis, while New Zealander Nick Cassidy crashed out.

Gasly went against trend in starting on soft compound tyres, jumping from fifth on the grid to second at the start of the race.

The Red Bull junior applied pressure to race leader Tomoki Nojiri but instead opted for the undercut on Lap 23 of 54.

Nojiri ultimately lost the race lead having waited another 15 laps to pit, then had to pit again as a result of running into the back of Kamui Kobayashi’s car.

Felix Rosenqvist and Kazuya Oshima rounded out the podium, with Nojiri crossing the finish line a lap down in 14th.

Cassidy ran off and hit the barriers on Lap 21, recording a second DNF of the season.

Hiroaki Ishiura leads the championship by a reduced margin over Gasly after finishing fourth.