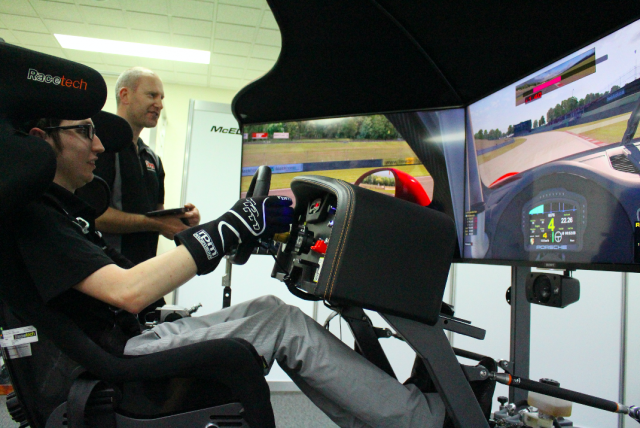 Once deemed a novelty, simulators have fast become a valuable asset for drivers and teams. 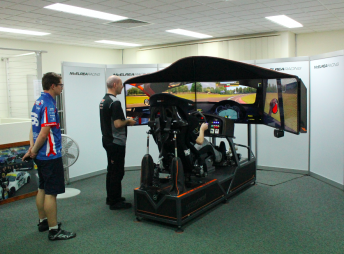 The advances in technology over the last two decades have seen simulators rapidly close the gap from the virtual world to reality.

Formula 1 has long pioneered the use of simulators to aid car and driver development due to restrictive testing regulations, with other categories quickly following suit.

The increasing realism displayed by the latest video games and simulations is seeing the virtual environment present a viable substitute for real world testing for rookie and professional drivers looking to develop skills, or familiarise themselves with new environments and vehicles.

Nissan has used computer simulations to unearth driving talent by turning gamers into racing drivers via its GT Academy, while Supercars has launched its own e-sports driving simulation event this week.

Queensland team McElrea Racing has recently taken the plunge into the world of simulators by creating a driver development program around its new state-of-the-art MotionForce1 rig. 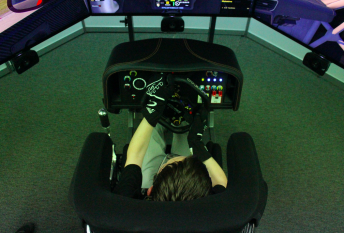 Speedcafe.com was invited along to test the facility to understand how these tools are aiding driver development.

Designed and engineered in New Zealand, the MotionForce1 is a serious piece of kit carrying a sizeable six figure price tag.

There is a reason for the cost as the impressive system is built using genuine race car components, including a Tilton pedal box designed to replicate the pressure and feel of the real thing.

The force feedback steering wheel system fitted to a dash is used by categories such as Formula 1.

This is placed in front of three monitors to form a cockpit with the central screen showing the road ahead, while the others mirror what a driver would see through the driver and passenger windows.

An adjustable race seat is fitted to a base which is connected to a high tech system that mimics the movement and forces felt by a driver. Todd Hazelwood shows us how it is supposed to be done

The seat, featuring a race harness, has lateral and longitudinal movement which tracks even the slightest undulations on the virtual circuits, while replicating acceleration and braking forces.

Speakers are placed in the headrest of the seat to provide an eerily realistic assault of engine and wind noise on the ears.

These components coupled with the advanced simulation software titles from iRacing.com, Automobilista and Assetto Corsa, offering an extensive library of tracks and cars, provides an immersive experience.

The simulator has attracted plenty of attention among the Supercars and Dunlop Super2 paddock, with several drivers using the device to sharpen up their skills.

It has also given rookies looking to move into motorsport an opportunity to hone their skills without the risk and cost of running at a race circuit. Very much a rookie when it comes to competitive motorsport, the simulator provided this author an insight into the skills required to be a professional race driver.

The experience is a real work out physically and mentally, although McElrea Racing’s Driver Development manager and Supercars engineer Wes McDougall is on hand to help drivers through the process by providing valuable feedback and data to improve skills.

Driving the sim is incredibly addictive with the challenge of shaving lap times hugely rewarding.

However, it is perhaps the level of detail the simulator offers which is among its most impressive features.

Tyre wear, fuel loads and chassis setting changes are accurately portrayed and if an off track excursion occurs the sensation of dirty, cold tyres is immediately felt.

While this was a fun opportunity for an enthusiastic amateur, its effect on professional drivers is the real barometer. Dunlop Super2 Series leader Todd Hazelwood has been a regular visitor to the facility this year.

Having driven several simulators and race cars in his career, the 21-year-old believes the time spent using the device has shown in his performances this season.

“There are a lot of aspects that I think I have improved over the off-season but using the simulator has helped take my preparation to the next level and helps with confidence,” Hazelwood told Speedcafe.com.

“I first used it after the Clipsal 500 and we didn’t have any testing planned prior to our Tasmania event.

“I had never raced a Supercar there so to do some laps at that track on the simulator really gave me a chance to have a good weekend. It proved beneficial as we almost got our first round win there.”

Reigning Bathurst 1000 winner Will Davison has also been impressed at the realism having used the simulator to prepare for this year’s WD-40 Phillip Island Super Sprint, as part of his recovery from a back injury.

“It is pretty realistic. It simulates the braking pressures and the steering loads, which are very accurate,” Davison told Speedcafe.com.

“The cars are quite realistic, and the rhythms of the circuits are very accurate.

“If you are wanting to learn a circuit in a Supercar or a Carrera Cup car it is very accurate for the brake points, the rhythm of the car and gearshift points.”

VIDEO: Todd Hazelwood talks through a lap of Sandown Raceway on the MotionForce1 Simulator