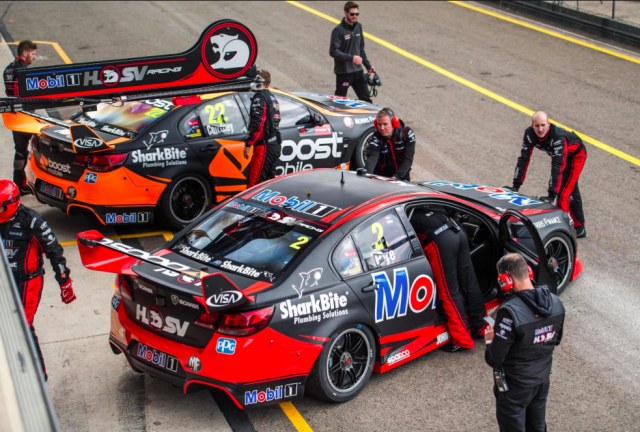 Tech tycoon Peter Adderton is the front-runner to buy a stake in Walkinshaw Racing as the former Holden factory team prepares to invest in a major engineering expansion under a new big-name boss.

He is keen to add his entrepreneurial expertise to the Walkinshaw family’s renewed efforts to re-establish the team as a front-running force after several lean years that culminated in losing its long-running status as the Holden Racing Team.

Sydney-born Adderton, who is based near Los Angeles, is a long-time supporter of Australian touring car racing, stretching back to his co-ownership of the two-litre Super Touring championship in the mid-to-late 1990s.

Speedcafe.com understands that an alliance with Adderton could be agreed before next month’s Supercheap Auto Bathurst 1000, which he is due to attend, as the team also finalises new leadership and increased technical resources.

According to informed sources, Walkinshaw Racing is aiming to announce the appointment of a high-profile team principal in the lead-up to Bathurst, along with key additions to engineering staff.

The Clayton squad will also continue racing Commodores beyond next year following an extended agreement, to be confirmed soon, for the HSV operation to remain as Holden’s performance road car partner.

French Riviera-based mother and son owners Martine and Ryan Walkinshaw are looking to sell equity in the team to help fund a recruitment drive for established engineers, which they see as the foundation for a revival.

The Walkinshaws have been open to taking on a minority racing partner since last year while steadfastly dismissing any suggestion that their Supercars outfit is for sale.

Adderton is the main suitor for a shareholding in Walkinshaw Racing, having been actively engaged in discussions since Boost Mobile took over as the main sponsor of Courtney’s car at the Phillip Island SuperSprint in April.

He has taken a renewed interest in Supercars after years on the sidelines, believing he has a viable plan to restore the team to the glory of its previous HRT, Kmart Racing and HSV Dealer Team guises.

Speedcafe.com has learned that the sticking point in negotiations has been the level of control Adderton is seeking.

He wants a big say in the running of the team, but the Walkinshaws have reportedly only offered him a maximum 25 percent shareholding.

Adderton is bidding for a larger stake, and holding out for a major role in the team’s executive management and commercial operations.

He is also known to have looked at taking over or buying into Tekno Autosports and Lucas Dumbrell Motorsport, as well as financing a start-up team.

Adderton has declined Speedcafe.com’s approaches for comment, enigmatically responding through a third party that he will be happy to talk at Bathurst.

Walkinshaw Racing management is also staying silent on a possible partnership, with an insider maintaining the priority is “to get the team sorted” before taking on a minority co-owner.

Another informant confirmed that talks with Adderton to bring him in as a shareholder were continuing.

While Ryan Walkinshaw admits he has courted interested investors, he is adamant his family is not looking to offload the team.

“No, we’re looking for partners,” Walkinshaw said. “We’ve had some discussions with a few, but I can’t say any more about that.”

However, he added that bringing in new investment was part of the plan to secure the team’s future.

“We’d like to find some partners that can add value to the business,” Walkinshaw explained.

“No different than Roland did last year by bringing (Paul) Dumbrell and a couple of other people on board. No different to the (multiple) shareholder structure at DJR Team Penske or Prodrive Racing.

“It makes sense to have additional partners in a race team like this, particularly those that can add value either through sponsorship or experience or other means which the team can pull off (leverage) to benefit itself.”

Pressed on whether he was open to a takeover of WR, he replied emphatically: “No.”

Walkinshaw has consistently maintained through HRT/HSV Racing’s long slump that he was committed to restoring the local racing legacy of his late father Tom, who founded the Clayton outfit as the official Holden factory team in 1990.