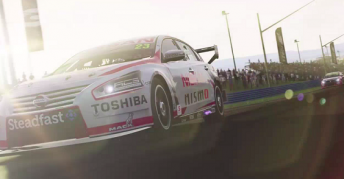 Supercars has officially launched its new national e-Sports competition which will culminate in a special event at this year’s Supercheap Auto Bathurst 1000.

The championship has been keen to develop an e-Sports arm this year earmarking Bathurst as a prime location for its maiden attempt.

To be known as the Harvey Norman Supercars Forza Challenge, gamers will be charged to set a lap time using a virtual Supercar around Mount Panorama on Xbox’s Forza Motorsport 6 platform.

An online competition will be held through September and October with the eight fastest competitors winning a trip to the Bathurst 1000 (October 5-8) for a live finals event and a special All Stars Challenge.

The finalists will then do battle against each other over a 10 race championship during a three-day live finals event, using the new Forza Motorsport 7 game, to determine a winner.

The grand final will be streamed on supercars.com and foxsports.com.au.

Supercars aims to launch a 2018 e-Sports championship off the back of this event.

“This e-sports initiative is an exciting opportunity to showcase Supercars and further our fan engagement, representing a significant growth market for our teams and partners,” said Supercars CEO James Warburton.

“The synergy and popularity of racing games and the sport of Supercars means that a e-Sports Championship in 2018 will become a natural extension of our product offering.

“We are delighted to be partnering with Harvey Norman and Microsoft as well as the stars of our show, the Supercars drivers and their teams.”

This e-Sports program has already been successfully debuted by the FIA Formula E Championship where drivers raced gamers in a virtual race in Las Vegas for a share of $1 million in prize money.

Nissan has also enjoyed success in e-Sports by unearthing driving talent through its GT Academy program.