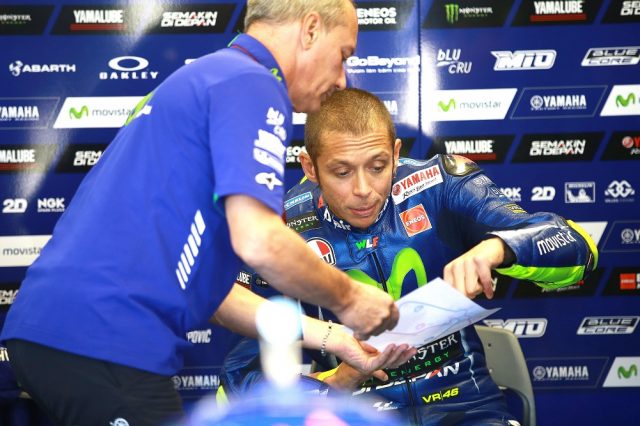 Valentino Rossi says that the mental anguish of falling out of the running for the MotoGP world championship is worse than the pain of the broken leg itself.

Rossi has been ruled out of this weekend’s San Marino Grand Prix and will most likely miss the Aragon Grand Prix a fortnight later.

The Italian is currently fourth in the championship and would have still been in contention for the title had he not picked up the injury in a motocross crash.

“The leg is painful, but in general I feel good,” Rossi told MotoGP’s official website ahead of this weekend’s round at Misano, which takes place close to his home town of Tavullia.

“It is a lot worse, the mental condition, because it was a great, great shame, throwing away the chance for the championship, and also the race in Misano in front of all of the fans in my home grand prix.

“I have to say sorry to my team that I don’t race, but now we have to work for a comeback as soon as possible.”

Rossi is not yet sure when he will be able to return to action, with October’s Motegi round a likely target.

“I learn from the other time that in this phase, you have to live day by day,” he added.

“We already work, we try to come back as soon as possible.

“The next race after Misano is Aragon (September 22-24), but I think that it will be very hard because that is just 22 days after the injury.

“This time the fracture is better, less painful, but it’s very early to say.

Yamaha will not field a replacement for Rossi this weekend, focusing solely on Maverick Viñales at Misano.