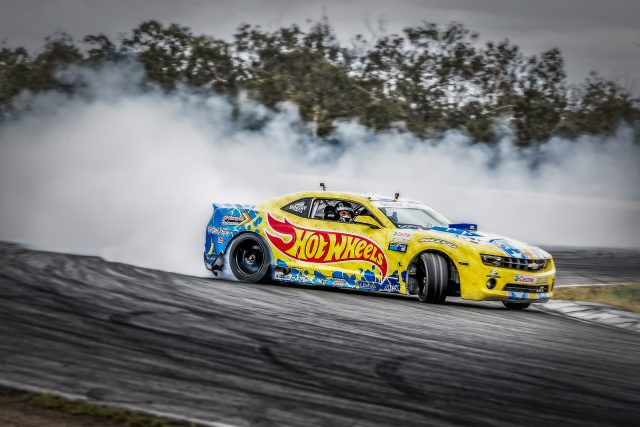 While work on a new routine is ongoing, as Mingay explained to Speedcafe.com at the time, the drifting demonstrations will again take place at the Melbourne event.

“They certainly are,” Mingay told Speedcafe.com when asked if the drifting demonstrations will be back on at Sandown.

“We’ll be at Sandown in full force with our drift cars.”

The stuntman has been testing recently at Queensland Raceway, and confirmed that the purpose for the outing was to develop the new program for Supercars events.

“It was a rehearsal for the new show,” he said.

“We were just rehearsing a few things and trying to come up with a whole new show, probably in the new year.”

Mingay also advised that he is now due to receive new prosthetic teeth, to replace the bottom row lost in last year’s Stadium Super Trucks accident, prior to taking his stunt show to the Supercheap Auto Bathurst 1000 (October 5-8).

He remains without a CAMS licence but has not pursued the matter recently, owing to time constraints as a result of running and performing in the stunt team.