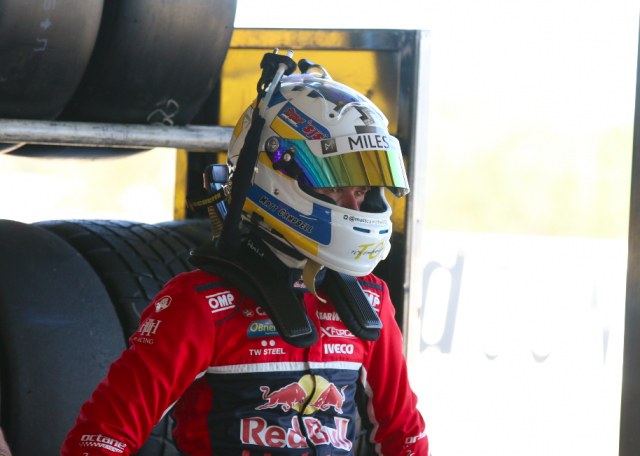 Overseas based co-drivers Alex Premat and Matt Campbell are prepared to be thrust into a tense Supercars title battle when the Pirtek Enduro Cup begins next week.

The duo joined their respective Shell V Power Racing and Triple Eight teams for a final test at Queensland Raceway ahead of the three potentially championship altering endurance races, beginning with the Wilson Security Sandown 500 (September 15-17).

Premat is set to be involved in his second consecutive championship battle after helping guide Shane van Gisbergen to the Pirtek Enduro Cup last year, which proved vital in leading the Triple Eight driver to a maiden Supercars crown.

This year the Las Vegas based Frenchman finds himself entrenched in the rival DJR Team Penske camp where he will partner current championship leader Scott McLaughlin.

The duo formed a strong friendship when driving for Garry Rogers Motorsport having shared a car for the enduros in 2014 and 2015.

Premat answered his critics last year after coming under scrutiny prior to the enduros. 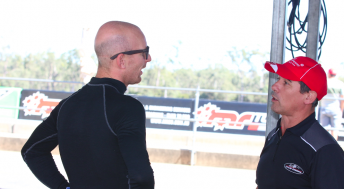 The former Supercars full-timer scored second place finishes at Sandown, Bathurst followed by a win and a second at the Gold Coast.

Aware of  pressures of a title battle, the 35-year-old is eager to replicate 2016 and help McLaughlin to a championship crown.

“I think it has been a good move and I’m happy about Scott leading the championship,” Premat told Speedcafe.com.

“Now we are trying to extend that over the next few races but it is not going to be easy.

“I will try to do the same as last year.

“It was a great pleasure to drive with Triple Eight and Shane van Gisbergen and we accomplished what was written on the contract.

“Now I’m happy to try and win the first championship for Scott and for DJR Team Penske.

“The target is to win and score as many points as we can.

“It would be nice for Scott and I to win Bathurst and that is our main target. I don’t want to say that Sandown and Gold Coast are not our main targets, they are up there, but Bathurst is the main race.”

In contrast, the pressures of a Supercars title fight are new for Campbell, who replaces Premat alongside van Gisbergen in the #97 Red Bull Holden.

However, the Stuttgart-based Queenslander has already impressed Triple Eight by the ease of his transition to the team. 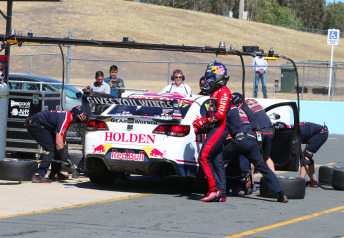 The 22-year-old heads into the enduros having enjoyed a successful campaign in the hotly contested Porsche Supercup in Europe, which has yielded race wins in Austria and last week in Italy.

With van Gisbergen still in the championship mix, lying fourth, Campbell admits there will be pressure but the rising star is fully aware what is expected of him.

“There is always going to be a little pressure there but at the end of the day I will do my specific job and hand the car back in one piece,” Campbell told Speedcafe.com.

“I feel like I have the experience of last year and I know what is expected of me, so I have just got to do my normal job.

“It is in the back of my mind, but it is just the same as last year.”

Campbell says he is comfortable behind the wheel of the #97 now he has competed a second day with the team after joining the squad for a test in June.

“The driver changes have been respectable which is the main thing,” added Campbell.

“I feel comfortable in the car and don’t have any soreness or anything like that.”

The Wilson Security Sandown 500 is scheduled from September 15-17.