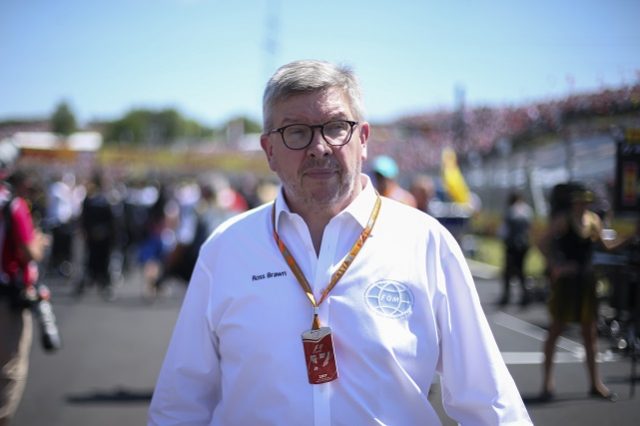 Formula 1 sporting boss Ross Brawn says that we will raise the issue of grid penalties with the FIA in a bid to fix the system.

The starting grid for the Italian Grand Prix was marred by a spate of grid penalties.

Nearly half the field (nine of 20 cars) was hit with a penalty, which totalled 150 positions, meaning that only pole-sitter Lewis Hamilton started from his actual qualifying position.

Brawn had already expressed a dislike of the grid penalties system prior to the Monza weekend, and reiterated his concerns in F1’s official post-Italian Grand Prix newsletter.

“It’s an aspect of the regulations that needs looking at closely, because if it’s right in principle, its implementation is definitely difficult for fans to swallow,” said Brawn in the newsletter.

“We’ve got some ideas about how to change it and we need to discuss it in detail with the FIA to see how to improve the situation.”

Brawn is not the only person in F1 unhappy with what happened at Monza.

McLaren racing director Eric Boullier has urged a rethink of the situation, and suggested that financial penalties could be a better solution.

“I agree with Ross,” he said when asked by Autosport for his view on the penalty system.

“Ross said earlier in the week that he wanted to get rid of this and we should, to be honest.

“You take a penalty already when you break something on the car, or break a gearbox, so I think it should be only based on pace and not on a penalty on the way you make a grid.

“If you have four or three engines per year, then when you break an engine you hurt yourself.

“So if you start to break 10 engines, obviously there could be a system of penalties that is not a sporting one but a financial one.”

Despite the controversy of the grid penalties in the build-up to the race, Brawn was delighted with the success of the weekend at Monza.

“The numbers were also up a third on last year.

“Amazing figures, but even more amazing was the palpable passion at the temple of speed.

“Monza really has a special atmosphere, thanks to the attraction of this historic track and the enthusiasm of the Italian crowd, boosted by large numbers of foreign visitors too.

“A special thanks must go to all those who sat out in the pouring rain on Saturday to watch Formula 1 qualifying.

“It’s a real mark of the dedication and real fan commitment. Not easy to wait it out for that long and they deserve real thanks and respect.”