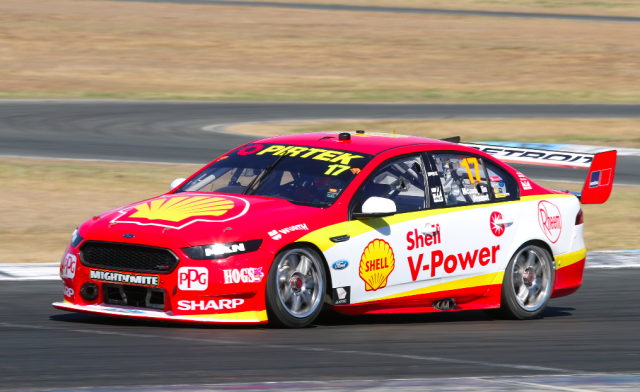 Triple Eight and the Shell V Power Racing Team successfully completed their final preparations ahead of the Pirtek Enduro Cup during a test day at Queensland Raceway.

The two squads, currently locked in a championship fight, headed to the Ipswich track for a crucial final test ahead of the enduros, which commence with the Wilson Security Sandown 500 next weekend. 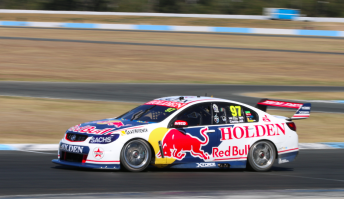 While there was plenty of focus on ensuring co-drivers logged laps, the day was spent working on set-ups as both squads aimed to develop their packages for the final part of the season.

Championship leader Scott McLaughlin elected to use a portion of the day to focus on improving his starts, having suffered a run of poor getaways in recent events.

McLaughlin admitted the day proved valuable for building his confidence regarding the start procedure.

The Kiwi was also particularly impressed at the ease in which his co-driver Alex Premat slotted back into the car.

The Frenchman had only previously driven the Falcon FGX during a ride day at the venue in February.

“It was just a systems check of going through a few things with Alex (Premat) and he was straight on the ball right away,” McLaughlin told Speedcafe.com.

“I have always known he is great driver and he is a great addition to the team. I’m just excited to have him in my corner. 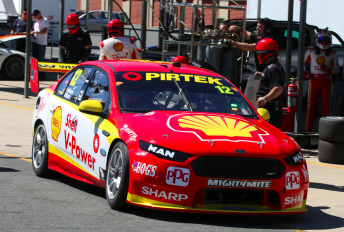 “It is probably the crusiest test day of them all for me.

“For me the starts have been a key focus and getting comfortable with the package I have currently.

“I’m comfortable as it is but it is ideal to have these days to build a bit of confidence that I can start well.”

Team-mate Fabian Coulthard shared his Falcon with Tony D’Alberto during the day as the pair worked on set-ups.

“I was happy with the day it was very productive,” Coulthard told Speedcafe.com.

“We came here with some ideas and our guys have come up with some great ones, and hopefully we can put them into practice in the coming events.

“We have just been exploring all avenues and now we will collate the data.” 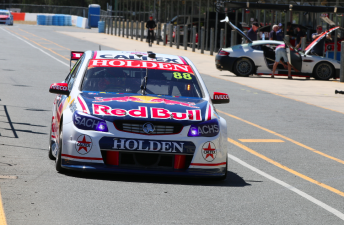 Meanwhile, Triple Eight put much more focus on working through various set-ups compared to previous seasons, as they aimed to unearth gains to improve their qualifying pace.

Six-time champion Jamie Whincup, who is 12 points adrift of McLaughlin in the title race, believes progress is being made.

“We are chipping away and understanding the car better, and hopefully it turns into performance,” Whincup told Speedcafe.com.

“The biggest area we are lacking in is qualifying without doubt and we just cannot give away two or three tenths because we are in catch up mode from there.

“We did a lot of stuff to improve our qualifying while working on all of those pre-enduro items like running in tyres, brakes and driver changes. 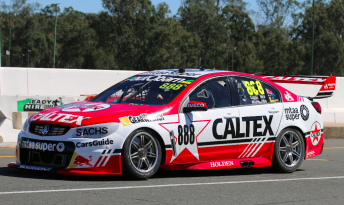 “We are always trying to improve the engine and get down the straights quicker. That program continues, and whether we will have all of that happening for Sandown I’m not sure.

“We are looking for one percenters and not 10 percenters.”

Team manager Mark Dutton was impressed by how his co-drivers performed throughout the day.

“I couldn’t ask for more from the co-drivers,” Dutton told Speedcafe.com.

“It was great to see how quickly Matt (Campbell) got up to speed. I think the #97 car driver changes were the quickest of the three cars which is fantastic.” 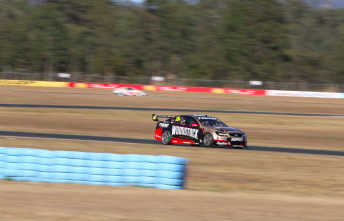 “Richo (Steven Richards) and PD (Paul Dumbrell) were at ease too.”

The two outfits shared the track with Tekno Autosports as primary driver Will Davison shared the car with team owner Jonathon Webb.

The team trialled wholesale set-up changes on its #19 Commodore.

Webb enjoyed his run out in the car but remans tight-lipped on whether he will pilot the Holden at Sandown.

“It was good, I have done a few laps around this place before,” Webb told Speedcafe.com.

“It all came back to me reasonably quickly. I felt comfortable.

“I will get through the next day or two and will make a call on Sandown from there.”