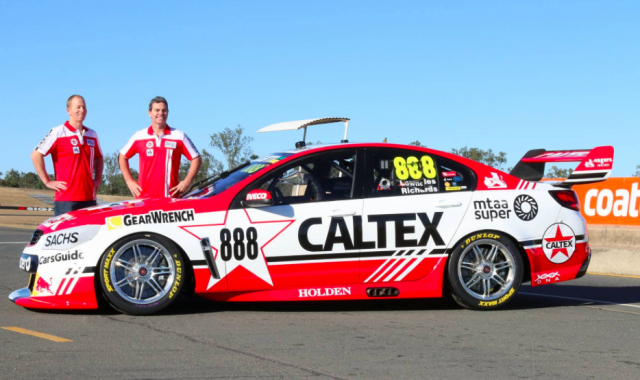 Craig Lowndes has uncovered the retro Caltex livery he will campaign at the Wilson Security Sandown 500 following a launch at Queensland Raceway.

The #888 Holden Commodore features a retro red and a white livery designed to pay tribute to the Caltex backed cars raced by Colin Bond in the late 1980s.

“The car looks really good again this year, it’s great to be able to get involved with the retro theme and pay tribute to such an historic era of our sport,” said Lowndes.

“I think the white and black aspects of it set it apart from our Sandown car last year and I really like the way the recognisable features from Bondy’s cars have been recreated in this livery with some unique twists.”

Lowndes and co-driver Steven Richards will run the new livery for the first time today at the team’s pre-enduro test day at the Ipswich track.

They will share the circuit with Triple Eight team-mates Jamie Whincup and Shane Van Gisbergen, alongside the Shell V Power Racing Team and Tekno Autosports.

Whincup and Van Gisbergen will also display their retro liveries for the first time at the test today. 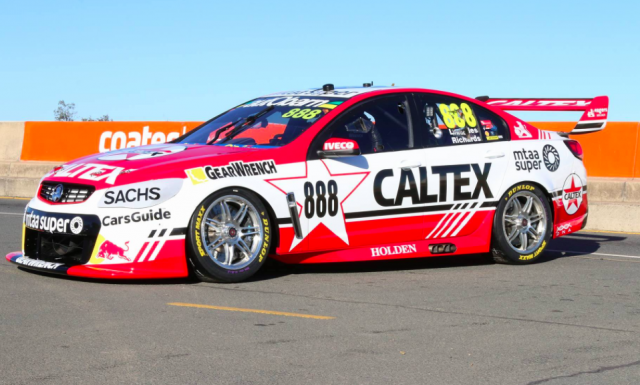 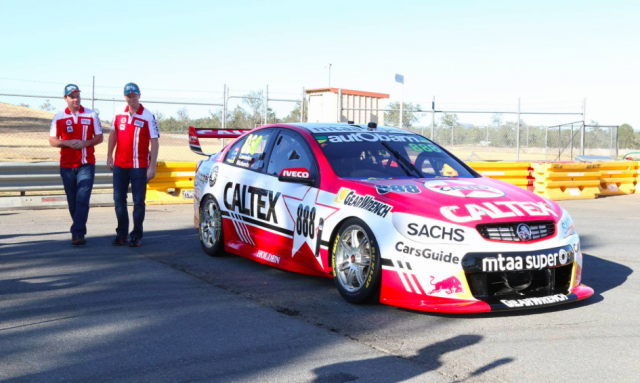 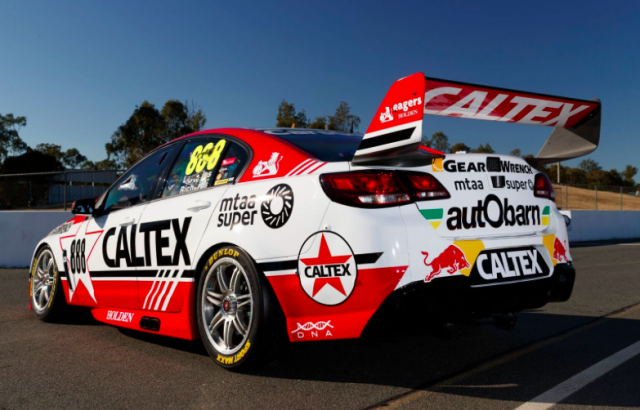 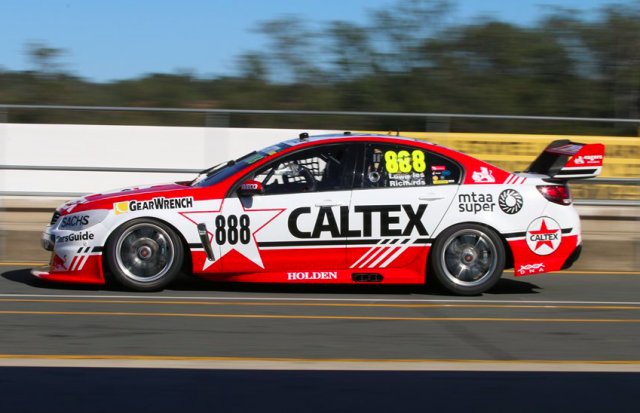 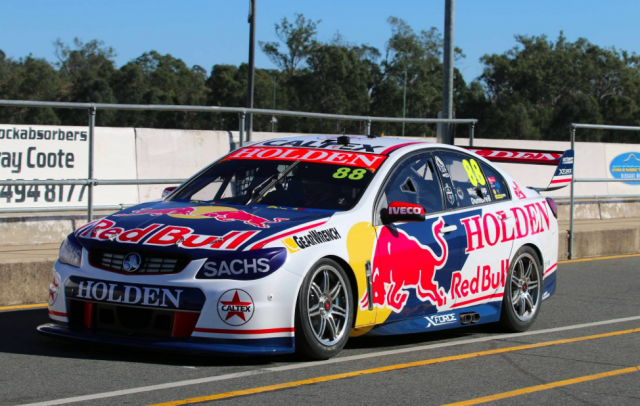 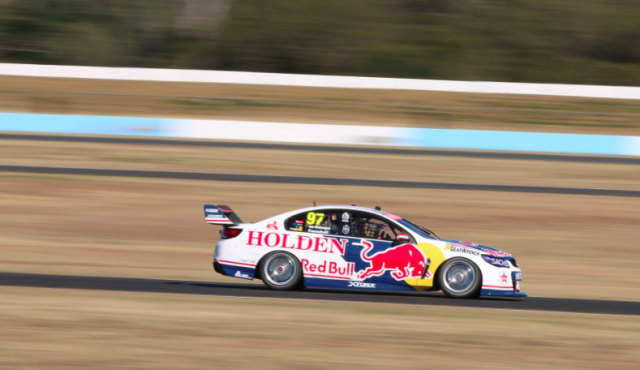