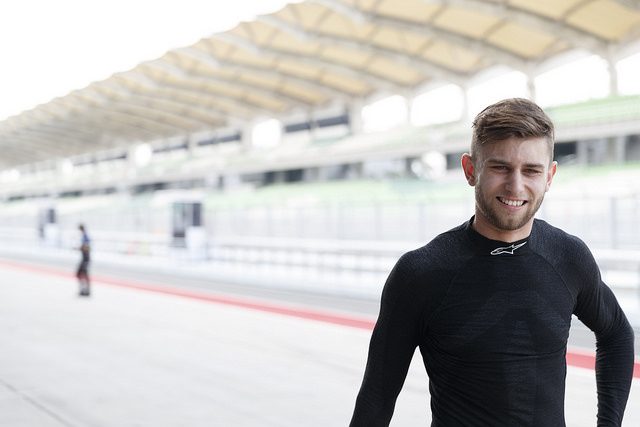 Andre Heimgartner says that he is not disappointed to miss this year’s Pirtek Enduro Cup as he shifts his focus to opportunities in Asia.

Heimgartner has pointed to a chance to win the Porsche Carrera Cup Australia title as his sole immediate focus, and believes that he is unlikely to be back in the Virgin Australia Supercars Championship at least in the short term.

The New Zealander returned to Carrera Cup this year after two seasons in the Supercars Championship, first with Prodrive customer outfit Super Black Racing and then last season at Lucas Dumbrell Motorsport.

While he had looked at backing up for a second season at LDM, Heimgartner instead landed at the well-credentialed Sonic Motorsport.

The 22-year-old is currently second in the championship with three rounds remaining, having won two races and the round in Adelaide’s season-opener.

“It’s fine,” Heimgartner told Speedcafe.com when asked for his thoughts on not driving in the enduros.

“We’re just concentrating on the Carrera Cup season at this stage and trying to win the championship so all our focus is being aimed at that.

“Just getting on the grid this year in Carrera Cup has been enough of a challenge.

“We’ve had to work pretty hard throughout the year to stay on the grid, finding new sponsors and all that sort of stuff, so we didn’t put much focus on the endurance driving, and we didn’t really want to impact our Carrera Cup thing.”

Heimgartner recently debuted in the new, China-based FRD LMP3 Series, his second race meeting in the region in as many months after Carrera Cup Australia’s foray to Sepang.

He hopes to return to Asia on a more regular basis, with a particular preference for racing in the all-Porsche championships, and is unlikely to entertain a return to Supercars for the foreseeable future.

“If something arises in Supercars, I’ll definitely look at it and definitely go back if it was in a good team, but for us the concentration is definitely overseas and Asia.

“I got a bit of a taste with the LMP3 and racing Sepang in the Carrera Cup and it’s a good place to race. It’s probably an area that my management and me are going to explore and try and get into more.

“I’d basically drive anything anywhere but I would like to do Carrera Cup Australia and Carrera Cup Asia next year.

“It’s very dependent on our sponsor group and if we’re able to get that across the line; at this stage, we’re still figuring it out.

“It’s unlikely you’ll see me back in Supercars but you never say never.” 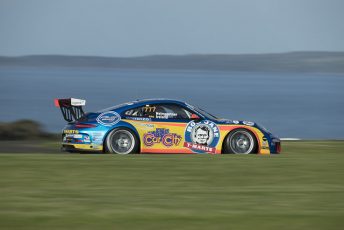 After Carrera Cup Australia seasons at Team Kiwi Racing in 2012 and Finance Ezi Racing in 2013, Heimgartner burst out of the blocks on his return in Adelaide.

Despite incidents in recent rounds at Hidden Valley and Sepang, Heimgartner remains upbeat about his title prospects with three rounds remaining at Sandown, Bathurst, and the Gold Coast.

“We’ve been pretty much the fastest all year at most rounds but unfortunately we haven’t been able to put that together or for whatever reason,” he explained.

“At Sepang we had some set-up issues and we just didn’t get the car right, and at Darwin I had a crash which obviously didn’t help things.

“Before that we just sort of missed the boat at a couple of rounds that we should have really done well in.

“We’ve worked really hard in between the rounds and we’ve done a lot of testing at Sandown last week.

“We’re ready to go and hopefully we’re going to have a strong last three rounds and really try and just claw back that championship.”