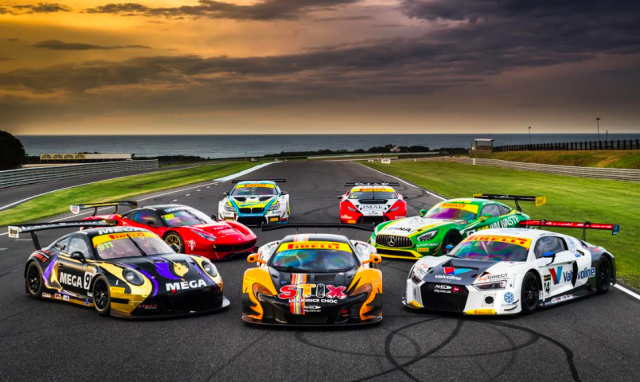 Australian GT will be run by Supercars from next year

Supercars has reached an agreement in principle to takeover the operational commitments of Australian GT from next year, Speedcafe.com has learned.

It is understood the arrangement made with Australian GT boss Tony Quinn was communicated to competitors at meetings in Brisbane and Melbourne today.

The completion of the deal is however subject to approval from the Confederation of Australian Motorsport (CAMS).

A presentation delivered to entrants revealed the category could be rebranded SuperGT, not to be confused with Japan’s Super GT series, to fall into line with Supercars’ Super2 and SuperUtes monikers.

Supercars has long been interested in taking over the category with talks regarding a management change held between category bosses at Sydney Motorsport Park last month.

The meeting was instigated by Quinn who is keen for Supercars to assist the championship’s growth after suffering a drop in competitors this year.

Discussions have since continued before both parties reached an agreement in principle today to run the category, subject to CAMS approval.

As previously reported, top Australian GT teams have already indicated their approval of a management takeover.

Once approved by CAMS, a new committee will be formed before a 2018 calendar can be organised.

It has been reported that current category manager Ken Collier will remain part of the management team.

Running the Australian GT Championship will neatly align with Supercars’ management of the Liqui-Moly Bathurst 12 Hour.

The Australian GT Championship heads to Sandown for its final round of the series from September 15-17.