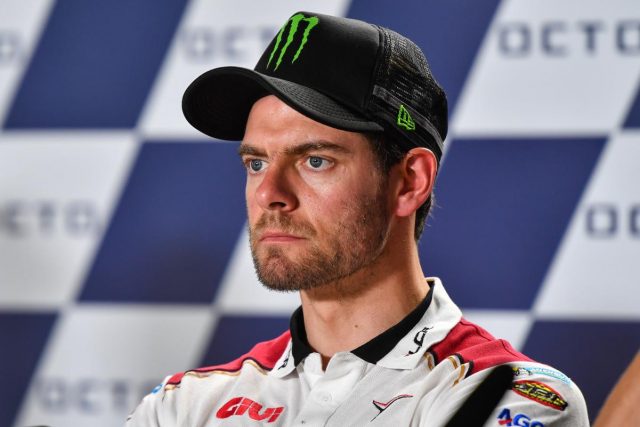 Cal Crutchlow is planning to ride in this weekend’s San Marino Grand Prix despite severing a finger tendon in a knife accident.

Crutchlow accidentally sliced his left index finger on Sunday night in Italy, and took himself to hospital the following morning.

The LCR Honda rider was diagnosed with a “lesion of the extensor tendon of the second finger,” and given stitches.

Crutchlow has since been issued a custom-made splint by MotoGP medical services provider Clinica Mobile.

“Unfortunately, I sliced my finger with a knife yesterday (Sunday local time) and it severed the tendon on my left index finger.

“I slept on it, but as the bleeding continued this morning (Monday), I went to the Emergency Room at Pistoia Hospital, where I was examined by Dr. Riccardo Simonti who discovered that the tendon was severed.

“I then had an operation on my finger to reattach the tendon and then stitch it all back up. I was taken care of very well at the hospital, they did a good job.

“Since then I visited a hand specialist in Parma who made me a splint for the finger to give me every opportunity to ride at my best this weekend for the San Marino GP.

“I am sure it will be difficult, but I will try one hundred percent as always. Let’s see how it goes.”

Valentino Rossi has already been ruled out of the San Marino Grand Prix on September 8-10 due to a broken right leg.