Prodrive looking at name change for 2018

Prodrive looking at name change for 2018 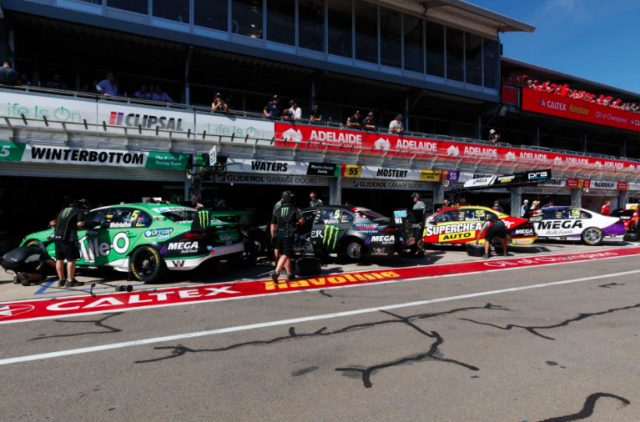 Prodrive Racing Australia is contemplating a name change for 2018

Prodrive Racing Australia is considering a change of name to highlight the team’s ties with Ford-aligned vehicle enhancer Tickford.

Speedcafe.com has learned that from next season, PRA could be rebranded Tickford Racing if plans for a unified identity go ahead.

It would be the third label for the former Blue Oval factory team, which switched from Ford Performance Racing to Prodrive Racing Australia in 2015 following the car-maker’s withdrawal.

PRA executives are understood to be close to a decision on whether to adopt the Tickford moniker, ending a five-year licensing agreement with UK-based Prodrive.

In a further tie-up, it is likely that the team will run a Tickford-look Ford Ranger in next year’s inaugural SuperUtes series.

A change to Tickford Racing for the four-car Falcon squad in 2018 would be more relevant as Prodrive no longer has a local presence.

The team is linked with Tickford through related ownership, shared senior management and an engineering alliance.

PRA is co-owned by Rod Nash, who is also behind the revival of the Tickford brand for a range of modified Fords, while team principal Tim Edwards doubles as chief executive officer of the road car personalisation business. 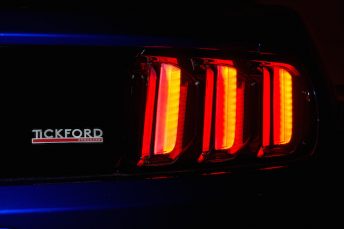 Tickford logo on the rear of the brand’s enhanced Mustang

PRA and Tickford operate from the same site at Campbellfield in Melbourne’s north.

There is already Tickford signage on the PRA-run FGXs of Chaz Mostert, Mark Winterbottom, Cameron Waters and Jason Bright.

Bringing the Supercars team under the Tickford umbrella would reinforce the race-bred engineering of the after-market performance and appearance upgrades developed for selected road-going Ford models.

There are Tickford enhanced versions of the Mustang, Ranger and Everest featuring a variety of mechanical and styling improvements.

The modifications are sanctioned by Ford Australia in the same sense that Broadmeadows authorises the use of its brand IP for the Falcon Supercars racers and team merchandise.

And just as PRA plans to stick with racing a Ford product beyond the Falcon even though there’s no prospect of the return of factory funding, Tickford is not looking at expanding to other makes.

Multiple sources in the UK and locally have confirmed that PRA is planning to rebrand as Tickford Racing, citing the end of the existing licensing agreement with Prodrive at the end of this year.

However, insiders maintain that consideration of a team name change is not related to the impending expiration of the Prodrive deal, insisting the primary motivation is the alignment of Nash’s cross-company interests. 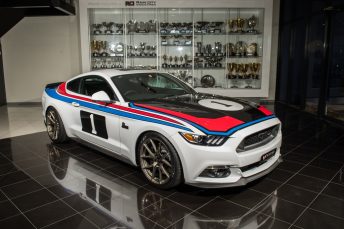 A high-profile racing involvement would enhance the image and appeal of Tickford-tickled road vehicles, especially its upgraded Mustangs in a crowded tuner market for the fully imported ‘pony car’.

The lingering Prodrive link is the British motor sport and automotive engineering group’s sale of FPR to Nash and Rusty French in early 2013.

But when Ford Australia scaled back its financial support in the final year of its backing in 2015, use of the FPR name was also withdrawn, prompting the team to adopt the Prodrive Racing Australia guise.

Speedcafe.com has been reliably informed that the team pays a substantial annual royalty for the use of the Prodrive name.

So as well as the promotional value of rebranding as Tickford Racing, there will also be a significant cost saving.

One informant with inside knowledge claimed that the team name change was originally planned for this year, only to be called off because of the complications of an early termination of the agreement with Prodrive.

UK sources suggest Prodrive boss David Richards no longer wants his company to be associated with its former Aussie outpost.

PRA is trying to hose down speculation that a new name is imminent.

“We’ve had some discussions around the name of the team, but no decisions have been made at this stage,” a team spokesman told Speedcafe.com.

If the change goes ahead, there will be no official announcement until around the end of this season.

One fear is that sales of PRA-branded merchandise for the rest of this season will suffer if there is uncertainty about the team’s future identity. 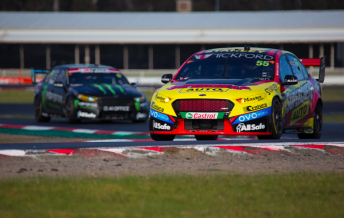 The counter argument is that demand may increase because the last of the PRA products would be collectors’ items.

While the over-arching name of the operation may change, the squad’s four main game Falcons will continue to be fielded under sponsor-related titles, which this year are Supercheap Auto Racing (Mostert), The Bottle-O Racing (Winterbottom), Monster Energy Racing (Waters) and Mega Racing (Bright).

Under the PRA canopy, the team runs two cars under PRA-owned RECs, one underpinned by a Rod Nash Racing licence and the other by the Bright-owned Britek entry.

A new-look Tickford Racing, which would encompass the operation’s Super2 entries, could also be expanded to include a Ford Ranger SuperUte.