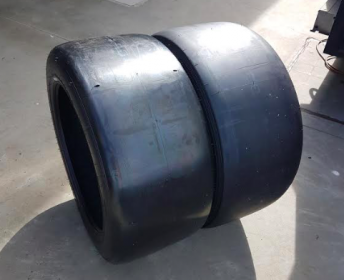 The test was held to evaluate possible changes to the control tyre for next season following a series of failures with this year’s new construction of tyre at high loading circuits.

The 2016 tyres will be used at next month’s Bathurst 1000 followed by the championship’s visit to Pukekohe in New Zealand.

The new tyres, which could be used in 2018, feature a more rounded shoulder designed to improve the spread of the load and heat.

Dunlop and Supercars had booked the circuit for two days to complete the test but have been able to conduct the required mileage today, despite minor weather interruptions.

Action will however continue tomorrow, pending the weather.

A total of 213 laps were completed which included the use of all tyre options available.

The test was overseen by Dunlop Motorsport development engineer Takeshi Ishibashi from Japan. 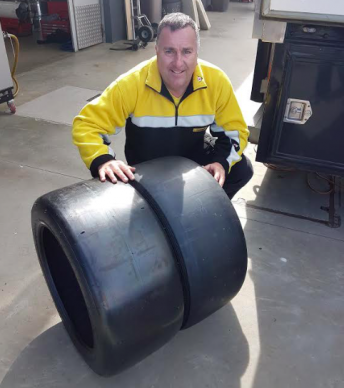 Dunlop Australia boss Kevin Fitzsimons declared the test a success with the data now set to be analysed to help form the direction of the 2018 soft tyre.

“We completed everything we wanted to so everything from here is now a bonus,” Fitzsimons told Speedcafe.com.

“It was very cold and windy but they turned in some pretty respectable lap times so it was quite good.

“It has been a very successful test so far and hopefully we can get some more race runs for tomorrow.

“We have got some good data and some great feedback from all the drivers.

“We have done a race run on each spec (of tyre) so the Supercars guys will go through all the data now and have a look.

“All in all I’m pretty happy and its been very encouraging.

“The new tyres were good and it was exactly as we expected, the characteristics are not a big jump from where we are at with the 2017 tyre.”

Supercars sporting and technical manager David Stuart expects one of the new specification of tyres to become the category’s soft compound control rubber in 2018.

“We just want something with a greater durability margin,” Stuart told Speedcafe.com.

“So once we’ve done the analysis for Dunlop, we’ll give them all the information we’ve assembled out of this test and together we can make an educated decision on the direction in which to move.”

The test kicks off an intense week of running for Supercars teams as they prepare for next weekend’s Wilson Security Sandown 500.

On Wednesday, McLaughlin will join the rest of his DJR Team Penske team for their pre-enduro test at Queensland Raceway.

The squad will share the track with Triple Eight and Tekno Autosports.

Meanwhile, Winton will welcome Nissan Motorsport and GRM. Erebus Motorsport is expected to test at the Victorian track next week.