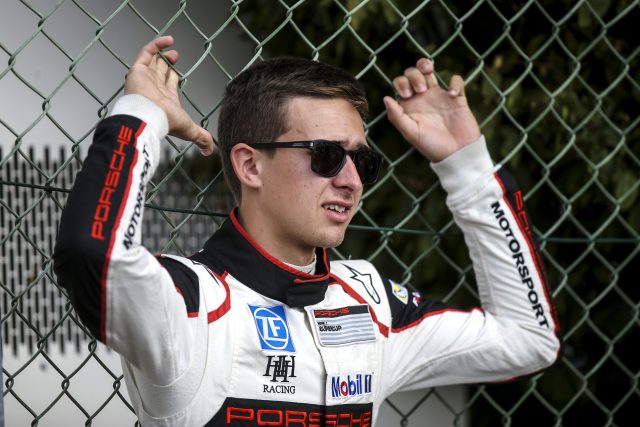 Matt Campbell was impressive in Supercup practice at Monza

Matt Campbell has set an impressive time in being the fastest driver in the single practice for the ninth race of the Porsche Mobil 1 Supercup at Monza in Italy.

The defending Carrera Cup Australia champion’s time of 1:50.552 was 0:225sec fastest than Zaid Ashkanani and Michael Ammermuller on the high-speed-circuit in the Royal Park of Monza.

Campbell quick lap came late in the 45-minute session, as the timing screens were constantly changing in the final stages.

The Porsche-Junior setting what he described as just about the perfect lap around the famous 5.770km circuit.

Ashkanani’s performance to finish second was a somewhat surprise, especially with championship leader Ammermuller behind.

Jaap van Lagen had been the pace-setter throughout most of the session, but he slipped back to fifth at the end behind Porsche-Junior Dennis Olsen.

Qualifying for the ninth round of the Porsche Mobil 1 Supercup is set down for 12:25pm local time with the race preceding the Italian Formula One Grand Prix on Sunday.

Campbell will then jet back to Australia for Supercars testing alongside Shane van Gisbergen in the Red Bull Holden Racing Team Commodore at Queensland Raceway later in the week.