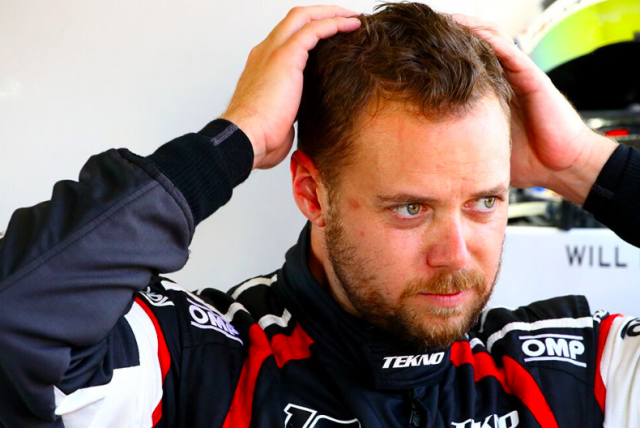 The Tekno Autosports’ team owner has so far shied away from confirming a defence of last year’s Supercheap Auto Bathurst 1000 triumph alongside his primary driver Will Davison.

Webb has been biding his time on the decision stating that the team still has options to partner Davison should he opt against contesting the enduros.

The 33-year-old is however expected to jump behind the wheel of the #19 Commodore when the squad joins Triple Eight and DJR Team Penske at the Ipswich circuit for a test next Wednesday.

With the Wilson Security Sandown 500 fast approaching, Webb says he will have to make a decision before the end of next week.

The seat is one of two to be confirmed with Lucas Dumbrell Motorsport yet to announce its second co-driver for the Pirtek Enduro Cup.

“We will get to the test and see how that plays out and make a call after that,” Webb told Speedcafe.com.

“Obviously there are only a handful of days after that (test) before everything will leave for Sandown, so once we get through that I will have to make a call this time next week as to what we are going to do for the enduros.”

Webb says Tekno will use the test day to tune up its Commodore ahead of the enduros.

After a challenging campaign to date, he is hoping the squad can turn around its year with a strong Pirtek Enduro Cup campaign.

Davison and Webb finished as the runner-up in the enduro standings aided by a third at Sandown followed by a victory at Bathurst.

“There is nothing really new (in terms of new parts) so it will just be a case of fine tuning everything before the enduros,” Webb added.

“We had a horrible start to the year and it has smoothed out a little bit in the middle, but there is more left in the team.

“I hope we can put it all together, have a good enduro campaign and back half of the season as we have shown in the past.”

The Sandown 500 Pirtek Enduro Cup opener will be held from September 15-17.