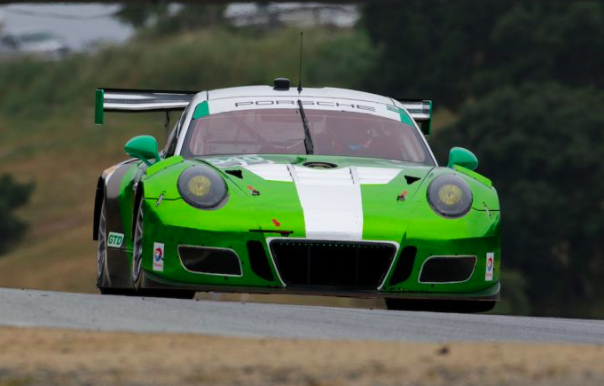 The operation is set to field a Porsche 911 GT3R at the Mount Panorama endurance race from February 2-4, in addition to an entry in next month’s California 8 Hours at Laguna Seca.

Both events are part of the Intercontinental GT Challenge with Bathurst set to kick off the 2018 campaign.

Calvert-Jones was part of the Pro-am winning Competition Motorsports squad at this year’s race.

Black Swan Racing currently competes in the Pirelli World Challenge and has previously won the GTC class at the Sebring 12 Hours and the Petit Le Mans in 2011.

“We’re excited to return to our endurance roots with Porsche,” said Pappas.

“It goes without saying that Porsche is the most proven manufacturer in the history of endurance racing, and is the brand that our team has achieved the most success with.

“When we decided that we wanted to return our focus to international endurance racing, we felt they were the obvious choice between not only the car, but also the support structure in place with Porsche Motorsport.

“The Intercontinental GT Challenge has already proven to be a tremendous platform, and competing in the inaugural U.S. round is something we didn’t want to miss.

“Thanks to our partnership with David Calvert-Jones the opportunity to compete at Bathurst was also an unbeatable opportunity, and one we should relish in.

“We look forward to the program, which we’ll run alongside our efforts with Mercedes-AMG, which we’re still committed to for not only the rest of 2017, but 2018 as well.”

The team will benefit from a technical alliance with Calvert-Jones’ Competition Motorsports team at Bathurst in February.