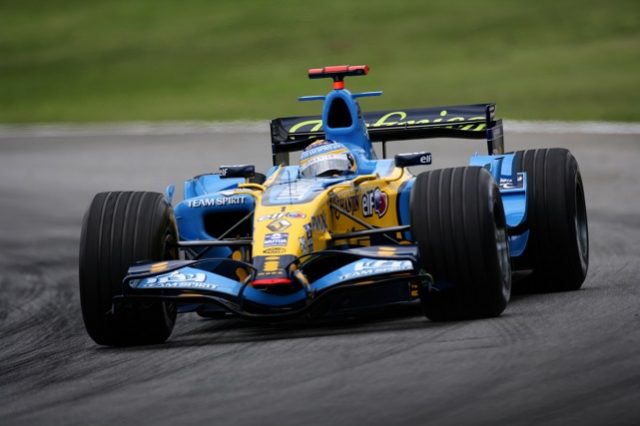 Renault would be hesitant to sign Fernando Alonso as it would not be competitive enough for the Spaniard, according to team managing director Cyril Abiteboul.

Alonso won back-to-back world championships during his first stint with the team from 2003 to 2006, before returning for 2008 and 2009 after a year at McLaren.

Frustrated by his second stint at the now Honda-powered McLaren outfit, Alonso is adamant that he wants to be in a front-running car in 2018, and intends to decide his future in September.

While Renault is improving and now regularly fourth-fastest behind Mercedes, Ferrari and Red Bull, Abiteboul fears it would still not be competitive enough for Alonso and he would become frustrated.

“It’s the future that we’re worried about.

“He has his dynamic, I think he has urgency to be in a position to be fighting for championships again.

“We know that it’s going to take us a bit of time to have a car that can offer that, so clearly the one thing that I would not want is to have a frustrated Fernando in a Renault car, that’s for sure.”

Abiteboul has made it clear that Renault still needs further answers regarding Kubica’s prospects of racing in F1 again but that it is hard to get them given F1’s testing limits.

“If we had no restrictions from the regulations there is a lot that we could do, by organising more testing, but it’s exactly the same for a number of young drivers to try to make it into F1,” explained Abiteboul.

“There is a restriction in place, and it’s not going to change for Robert.

“So we will have to see if the timing of what we have to do with him can work with the timing of the rest of the paddock, which is moving.

“There have been a number of announcements, and I’m sure there will be more announcements to come in the next two or three weeks, and we have to be part of that train.”

Abiteboul denied that Kubica was a back-up plan if Renault failed to land a current top driver.

“I will never call Robert a plan B or plan C,” he said.

“The main question is can he race again in F1? If the answer was a straightforward ‘yes’, you would probably not be asking me that question. But, unfortunately, it is not clear yet.

“A lot of people can be interesting. The fact that our car has become more or less the fourth car on the grid creates even more opportunities for us than we were maybe initially expecting.”