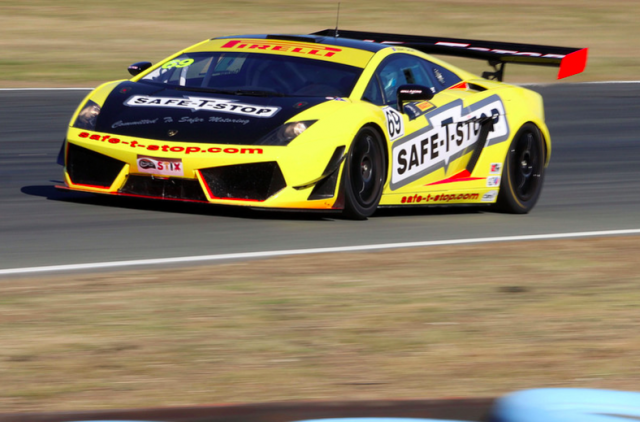 Gartner has recently upgraded to the Gallardo LP560 GT3 having piloted a Porsche GT3 Cup car in Class B at the Mount Panorama once around the clock endurance race.

Last year he finished fourth in Class B after claiming the runner-up spot in the 2016 edition of the race.

Wall Racing will prepare the Lamborghini for the Amateur category of Class A at the February 2-4 event, with the entry’s co-drivers yet to be announced.

Gartner has enjoyed success behind the wheel of the Gallardo in the Australian GT Trophy Series, recording a round victory at Queensland Raceway last month.

“I couldn’t be happier with how it’s going,” said Gartner.

“I wasn’t sure how I would enjoy driving a car with traction control and ABS because it was all just new to me, I’d never done it before. But I love the car and I think it will be very competitive at Bathurst.

“We’ve had a look at the BoP (Balance of Performance) and even with our car being older, a 2011-specification car, we think the car will be very competitive.

“Bathurst is all about being fast up and down the hill and that suits the car and similar model Lamborghini’s to mine have been very fast there before.

“We’ve got a very good relationship with Wall Racing, they do a great job.

“We haven’t had a chance to test yet, it’s only been the racing, so we’re going testing for the first time next week and it will be good to make some changes to the car and better understand what it likes.

“We haven’t unlocked everything in the car yet so there is more to come.”

The addition to the 2018 grid follows hot on the heels of British squad Brookspeed, who will field two GT4 Porsches in Class C.