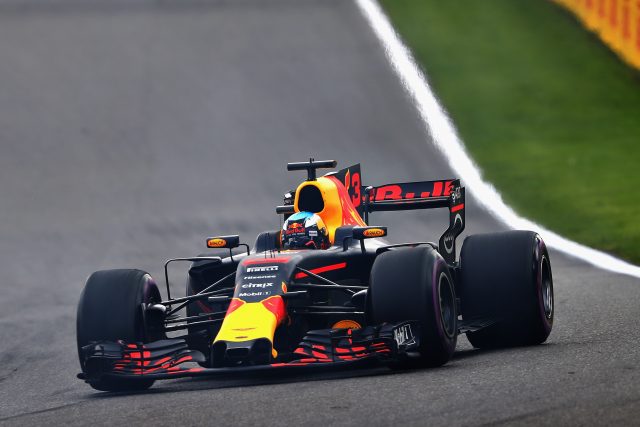 Daniel Ricciardo has downplayed his chances of joining the Ferrari Formula 1 team in 2019, despite a seat potentially opening up if Kimi Raikkonen’s contract is not extended again.

Ricciardo is expected to be a key player in a busy driver market next season, with his current Red Bull contract expiring at the end of next year.

Ferrari announced on Saturday that Sebastian Vettel had committed through to 2020 in a longer-than-expected new deal, while Kimi Raikkonen’s new contract is only for next year at present.

Though Ricciardo has held discussions with Ferrari before, he doubts he is on the Scuderia’s radar this time.

“When I do get asked the Ferrari question it’s coming more from fans and media, and not necessarily from Ferrari,” he said.

“Maybe some people want to see it but the people that matter, I’m not sure if they do.

“When I say they (fans) want to see it, I guess they like Kimi as well.

“If I’m really honest, knowing that nothing will probably happen anyway until 2019, it feels too far away to start thinking.”

“Once I saw that they’d extended Kimi’s, I wasn’t surprised,” said Ricciardo.

“I knew that was a bit of insurance for Seb, having Kimi there, if that makes sense.

“I know he’s comfortable with that. Once Kimi was signed I knew Seb would be on a few years’ deal.

“He’s leading (the championship) and they’re in a really good position, so it’s fairly obvious.

“The only other place he would have gone is Mercedes. I think they’re going to keep what they’ve got by the looks of it as well.”

Ricciardo’s team-mate Max Verstappen is under contract for the next two seasons and is also likely to be of interest to other teams, especially if Red Bull continues to trail the title contenders.

Asked how Vettel’s extended Ferrari stay affected his long-term options, Verstappen said “there are no doors closed” for his future.