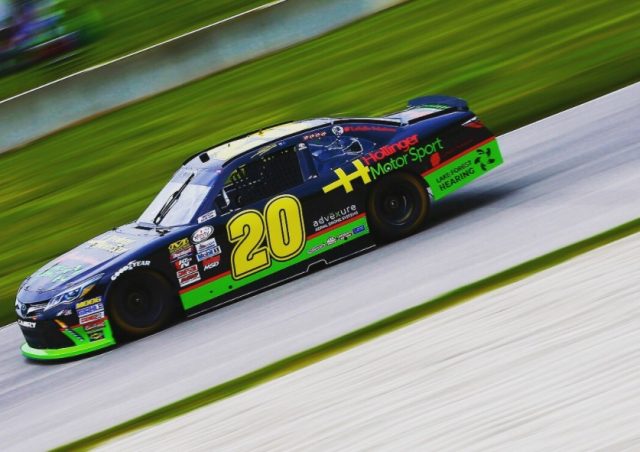 Australian James Davison has continued his rise as a NASCAR road course racer with the fastest time in practice ahead of the Xfinity Series race at Road America in Wisconsin.

Making only his third start in the second-tier NASCAR series, the cousin of Will and Alex Davison, put his Joe Gibbs Racing Toyota at the head of the time sheets in a field that includes the Xfinity Series regulars plus the likes of Austin Cindric and Stadium Super Truck racer Sheldon Creed.

The performance comes on the back of his fourth-place finish earlier this month at the road course of Mid-Ohio.

After sitting 11th after the first practice, Davison set his fastest time on the second of his six timed laps in the 55-minute session.

Justin Marks, who led the slower overall opening session, finished just 0.095-sec back in second ahead of Cindric.

Davison, who has made three starts in the Indianapolis 500, made his Xfinity Series debut last season at this race; he finished 19th aboard Mario Gosselin’s Chevrolet.

Qualifying will be held tomorrow morning followed by the 45-lap Johnsonville 180 in the afternoon.