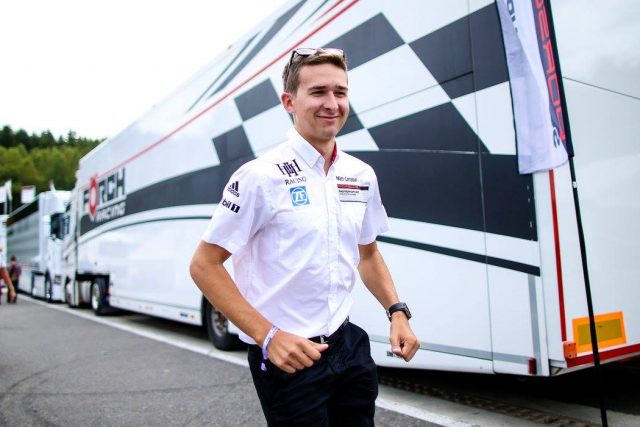 Australia’s Matt Campbell has finished fifth in a race that featured two Safety Car periods and a heavy four-car crash on the final lap of the Porsche Mobil 1 Supercup event at Spa.

Starting ninth, Campbell maintained position off the start before the first Safety Car was called for the stationary vehicle of Glauco Solieri.

Upon the restart on the second of 11 laps, Campbell passed his Fach Auto Tech team-mate Josh Webster for eighth and started to push Henric Skoog for seventh.

Meanwhile, behind championship rival Dan Cammish had his hopes end when Igor Walilko made contact with the Englishman.

The second Safety Car was called on lap #7 for a crash between Roar Lindland and Egidio Parfetti.

Upon the restart, the Queenslander was able to get passed not only Skoog, but also Steven Palette. He was gifted fifth on the same lap when Mattia Drudi dropped out of the race.

As Dennis Olsen headed the field to the chequered flag, a four-car crashed occurred which included Philip Morin rolling his car.

Olsen completing a sweep of the weekend ahead of Michael Ammermuller, Dylan Pereira and Nick Yelloly.

“We’ve all edged closer in the points and I’m pleased about that,” said Campbell.

“I started the race from ninth and finished on position five.

“The two safety car phases were good for me, because I was able to make up positions each time.

The competition in the Supercup is incredibly tough and it’s very difficult to overtake.”

Campbell’s pace also saw him set the second-fastest lap of the race behind Olsen.

The Porsche Mobil 1 Supercup reconvenes next weekend at Monza as part of the Italian Grand Prix weekend.