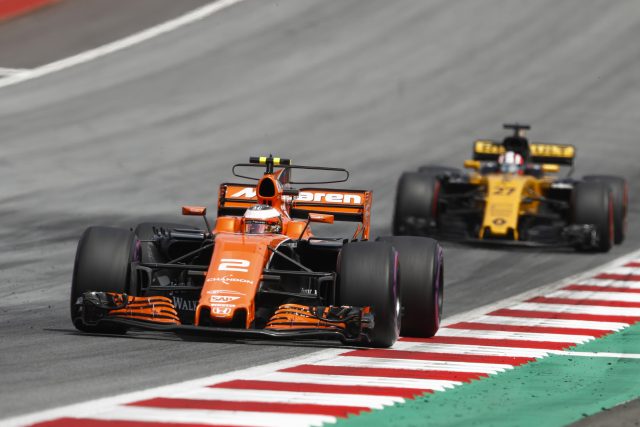 Renault has confirmed talks have taken place between itself and McLaren about a potential customer Formula 1 engine supply deal for 2018.

McLaren is currently weighing up whether to commit to Honda for another year or make the switch to another supplier, with Renault now its only realistic alternative.

Autosport reported earlier this week that McLaren faces a dilemma over its engine choice, with work from consultants Ilmor helping Honda to make gains.

Renault currently provides engines for its works team as well as Red Bull and Toro Rosso, and is understood to have been reluctant for some time to expand to supply a fourth team.

There remains a chance that Toro Rosso could end up switching to Honda if talks accelerate, but such a scenario appears increasingly unlikely to arise.

Speaking at the Belgian Grand Prix, Renault F1 managing director Cyril Abiteboul said discussions between his firm and McLaren had taken place but suggested a deal was unlikely.

“The situation is we have a multi-year contract with Red Bull Racing and Toro Rosso,” said Abiteboul.

“So frankly we are open to discussions. I can confirm there have been discussions with McLaren, but right now there is a restriction in the regulation if we wanted to supply more than three teams.

“In addition to that, I don’t think it would be reasonable to believe that we could supply more than three without degrading the level of service, the quality of service, for the other teams.

“We have had discussions and we have (current) contracts in place.

“We value the relationship with Red Bull. It is a long-standing relationship and we would like to carry this relationship until 2020, but if there is something to be done (elsewhere), why not?

“But right now I understand things are very quiet and they are not necessarily pushing for anything.”