NZ WRC round hopes dashed due to costs

NZ WRC round hopes dashed due to costs 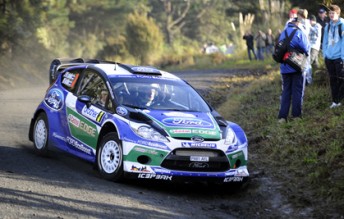 While previous reports of possible expansion of the calendar to 14 rounds had Croatia pegged to beat New Zealand to the new slot, neither is believed to be joining the championship next year according to Autosport.

Instead, the calendar is set to remain at 13 rounds, with Turkey replacing Poland.

New Zealand is said to be too expensive for teams, while Croatia could not be fitted into the second half of the season.

“At (the WRC Commission), we propose 13 events with the first six dates confirmed,” explained Ciesla.

“We have two more events we are in discussion with; Croatia and New Zealand. Croatia seems entirely feasible, but we cannot find the date in the holiday season.

“It was not possible to reorganise the entire second half of the season to squeeze (Croatia) in.

“From the last consultation with the teams regarding New Zealand, the costs of this as a 14th event are not what they budgeted and not what they would support.

“This means New Zealand is not likely to be on the calendar.

“When we see the passion with which the New Zealand organisers fight for this, we would really love to come but it seems the economics for a very big event are just not coming.”

New Zealander Hyundai driver Hayden Paddon had lead a social media campaign for his country’s return to WRC calendar for the first time since 2012.

Meanwhile, Poland has lost its place due to repeated spectator security breaches, according to Ciesla.

The decision had been widely expected after spectators overpower marshals to stand in restricted areas just centimetres from cars passing during competitive stage running, reports of spectator cars being driven onto live stages, and a fire engine being driven onto a stage in the wrong direction.

The FIA had already issued the rally a ‘yellow card’ after spectator trouble in 2015.

Poland’s departure from the WRC will be confirmed at next month’s World Motor Sport Council meeting.

“We regret to lose Poland; it’s a tremendously important market and a great development in the last years of the WRC,” lamented Ciesla.

“But for safety reasons the FIA took the decision not to go again next year.

“But I want to say clearly that this is not for safety failures for the responsibility of the organiser, it is a consequence of the ill-disciplined spectators that we experienced.

“We have to react in relation to safety, but also in fairness to the drivers.”

Turkey will effectively take Poland’s place, albeit on a September date instead of Poland’s June slot.

Meanwhile, Speedcafe.com understands that Rally Australia, which is in is final year of its current deal, has been included on the draft calendar.