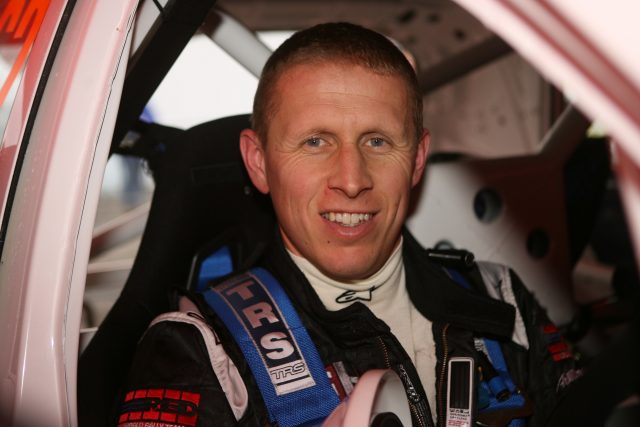 Wilks and the Loco squad have mutually agreed that the double British Rally Champion will vacate the seat that will be filled by McRae for the remaining four rounds of the World RX season in France, Latvia, Germany and South Africa.

“This has all come together quite quickly, but I’m really looking forward to France, it will be a great experience,” said McRae.

“From the outside World RX is going from strength-to-strength and it’s probably one of the most competitive championships around at the moment, so to get the opportunity to do that is really exciting.”

The Scot, who now lives in Perth, Australia, has limited previous experience of rallycross machinery. 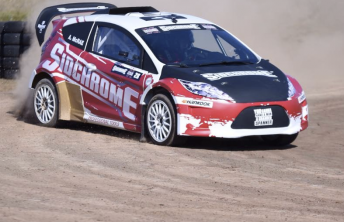 Alister McRae competed in a rallycross event in Australia in 2015 Pic: Sam Cook

Most recently, he competed in a one-off Australian rallycross event in 2015 driving a Supercar Lites machine, and tested an M-Sport-built Ford Fiesta Supercar in America last winter.

McRae’s last World Championship appearance was on Rally New Zealand in 2012, driving a Proton Super2000. He plans to test the ex-Johan Kristoffersson Polo in Northern France next week.

“I’ve watched a couple of on-boards on YouTube, but until you actually get there, it’s going to be difficult to know [how it is],” he said.

“My son has the track on his Playstation, but I’m not the best at Playstation so that could be a hindrance rather than a help.

“I’ve done bits and pieces of racing years ago, and I started in motocross so I’m used to having people roundabout you, but this will be different.”

Wilks, whose best result was a seventh place finish in the opening round of the year in Barcelona said: “I decided to vacate the seat with Loco from Canada onwards.

“I hope to be back in World RX again soon but in the meantime, I wish Alister the best of luck – he is a talent behind the wheel so it will be interesting to watch how he gets on in RX.”

Loco World RX Team owner Marc Blackburn added: “It’s been a difficult season for the team, we don’t deny that.

“We expected different results, but we’ve had some technical problems that have come to light over the first half of the year. Hopefully we’re getting on top of those now.

“It’s a mutual decision between the team and Guy that we have a change, and the team will have a bit of a different look to it.

“We’re really looking forward to working with Alister and we will continue to have a relationship with Guy too as an ongoing Loco driver.”