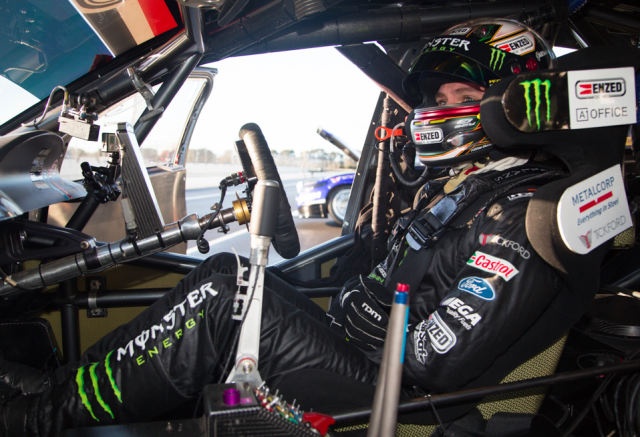 Cameron Waters has signed a new deal to stay at Prodrive Racing Australia until at least the end of the 2019 season.

The rising Supercars star has committed to a new two-year contract with the Melbourne operation which arrives during a breakthrough second campaign in the main game.

The 23-year-old has long been associated with the outfit having joined the team’s Dunlop Super2 Series squad in 2014.

Prodrive promoted him into one of its four main game seats last year after winning the second-tier title in 2015.

After a challenging first season, Waters has showcased his potential this year with a renewed approach, aided by a visit to a renowned driver coach in the UK during the off-season.

“I am really pumped to re-sign with the team,” said Waters.

“In the last four-years we’ve won a title together, stepped up to the main series, and although it was tough last year, we’ve made the most of it this year and built a platform for the years ahead.

“It is also good to get the deal done nice and early and lock it away.

“It shows the strength of the relationship. The new deal confirms the team like how I am performing and we all plan to keep moving forward together and getting a few wins is definitely on the cards.

“I am also working really well with my engineer Brad (Wischusen). “Our relationship is strengthening and we are gradually getting the car to where I need it to be. He has been a key part of my step forward and I am excited to see where we can get to.”

Prodrive boss Tim Edwards sees Waters as a key part of his team’s future having helped nurture the talent through the Dunlop Super2 Series.

“It is with great satisfaction we announce a new deal with Cam which will see him with the team for at least the end of 2019,” said Edwards.

“Cam is another graduate of our very successful Super2 series driver program and seeing him succeed validates what we are doing and encourages us to continue fostering new talent next year and beyond.

“Like Chaz, he has grown up with the team and while he suffered a tough rookie year last year, that only served to motivate him further.

“The work he has put in, in and out of the car since has been a real credit to him and ultimately has led to the new deal.

“He is a much more polished athlete all round this year and it is largely down to Cam realising the areas he needed to improve and going out and working with the right people to help him make the necessary improvements.”

Waters joins team-mates Mark Winterbottom and Jason Bright who are contracted to the team for next year.

Prodrive is working to retain Chaz Mostert with his current deal set to expire at the end of the season.