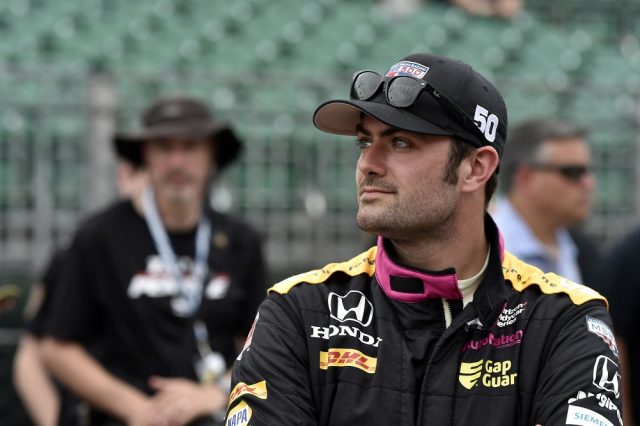 Jack Harvey has been named as the driver of the #7 Schmidt Peterson Motorsports Honda for the final two races of the IndyCar season at Watkins Glen and Sonoma.

With Mikhail Aleshin’s exit from the team announced just prior to the recent Pocono race, Sebastian Saavedra took over the seat for that round and will also this weekend’s at Gateway.

Saavedra had also driven for SPM when Aleshin was sidelined for the Toronto race in mid-July.

However, the team has opted for the Briton Harvey, which it fielded in Indy Lights in 2014 and 2015 for two series runner-up results, for the remainder of the season.

“It’s obviously a really exciting time for me, and I’m really pleased to rejoin everyone here at SPM,” said Harvey, whose only previous IndyCar start came in this year’s Indy 500 with Andretti Autosport.

“We had a lot of success together in Indy Lights, and I’m excited to be back with so many familiar faces.

SPM general manager Piers Phillips added, “We are very pleased to welcome Jack back to the team for our final two events of the season.

“Jack’s done a great job for the team throughout his Indy Lights career, and we have been looking at ways of incorporating him into our IndyCar programme, so it’s been wonderful to see it come to fruition.

“We look forward to finishing out the year with he and James and hopefully with some results up front.”

The Bommarito Automotive Group 500 commences with Practice 1 on Friday August 25, culminating with a 248-lap race the following night (local time).