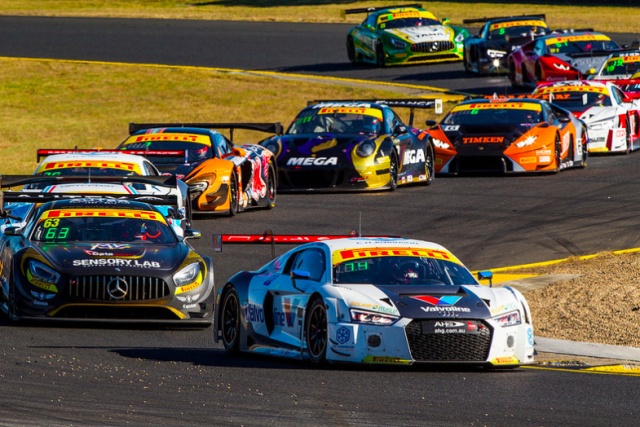 Talks regarding the possibility of Supercars having involvement in the operation of Australian GT have progressed, although a deal has not been agreed.

A range of options were explored centering around Supercars becoming involved in the management of the category at varying levels, which could see the Category Management Agreement change hands.

Australian GT has indicated that it wishes to form a partnership with Supercars to help grow the series, which has suffered a drop off in competitors this year.

Supercars has recently invested in GT racing by taking over the running of the Liqui-Moly Bathurst 12 Hour two years ago.

Speedcafe.com understands the latest meeting provided positive discussions from both parties and a possible deal is edging closer.

However, terms of a possible arrangement remain fluid with a series of options on the table.

If a deal is reached then approval from Supercars’ board and the Confederation of Australian Motor Sport (CAMS) would be required.

Warburton has confirmed to Speedcafe.com that several scenarios were discussed but reiterated that a deal is far from certain.

“We had a positive meeting, there is no deal done and there is no certainty of any deal. There are lots of steps between competitors, CAMS and the (Supercars) board,” Warburton told Speedcafe.com.

“There are a range of options available and we are just running them down.

“It is about whether or not we can assist (with the running of Australian GT).

“Whether it happens or not, who knows?”

CAMS is aware of the ongoing talks between Australian GT and Supercars.

CEO Eugene Arocca says any changes to the CMA will need to be presented to CAMS and if the agreement was to be transferred to Supercars, then the matter would be decided by the board.

“We have had informal information that Australian GT and Supercars were talking,” Arocca told Speedcafe.com.

“We have not been given anything particular on the potential arrangement.

“I know they have been in discussion for some time and I understand the talks at the weekend were a lot more advanced.

“As far as CAMS is concerned, and without revealing too much of the commercial arrangement with GT, CAMS needs to give approval to any arrangement.

“At the moment it has all been conjecture and rumours, until the CAMS board is across exactly what sort of arrangement it is then we don’t know what to do.

“It may not require board approval because he (Quinn) may retain all of the rights and have some sort of arrangement which doesn’t cut across his rights.

“If it (Australian GT) is handing over the rights to Supercars then it would certainly need CAMS approval.”