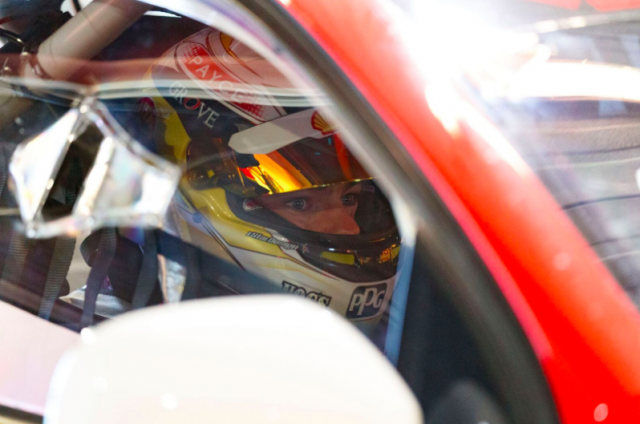 The Supercars championship leader made an uncharacteristic error when he tagged van Gisbergen’s Red Bull Holden into a spin at Turn 2 while fighting for the victory in the closing stages of Saturday’s Race 17 at Sydney Motorsport Park.

The incident was triggered following a contentious race restart after a late Safety Car period that saw race leader McLauhglin and van Gisbergen make side-to-side contact on the start/finish straight.

Stewards issued McLaughlin a 15 second penalty for his role in the clash which demoted the Ford driver to 10th, while van Gisbergen was forced to battle from the back to 15th position.

McLaughlin, who appeared in the box seat to convert a 12th pole of the season into victory prior to the incident, apologised to van Gisbergen upon the chequered flag. 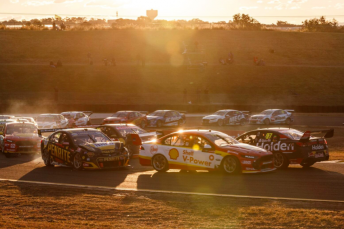 The aftermath of the Race 17 clash

Story fully expects his driver to put the incident to the back of his mind when action continues with a 200km heat this afternoon.

“There is always the adrenalin of when you are behind the wheel and when you immediately get out of it (the car),” Story told Speedcafe.com.

“There are few things we will go through with him with how the restart took shape and what are view of it was.

“He will bounce back from it. He is still leading the championship and is getting the job done.”

McLaughlin has accepted the blame for the clash and is eager to move on from the incident.

“I copped the penalty, my fault. At the end of the day you do the crime, you do the time,” said McLaughlin.

“We will move on and that is the best thing about our sport, we have got another race.”

Meanwhile, stewards are expected to deliver their verdict following an investigation into the Safety Car restart procedure.

Officials investigated the matter post-race to determine if van Gisbergen breached regulations when he began to overlap McLaughlin on the start/finish straight.

Article 11.2.13 o the sporting regulations stipulates, “It is permitted to overlap prior to the Control Line, but only after the apex of the final turn or another turn as nominated by the Race Director, and provided the green flags have been displayed.

“Overtaking remains strictly forbidden until across the Control Line, unless a Car slows with an obvious problem.”

Triple Eight believes it doesn’t have a case to answer regarding the matter.