Stanaway breaks through in Super2 Race 4 at SMP

Stanaway breaks through in Super2 Race 4 at SMP 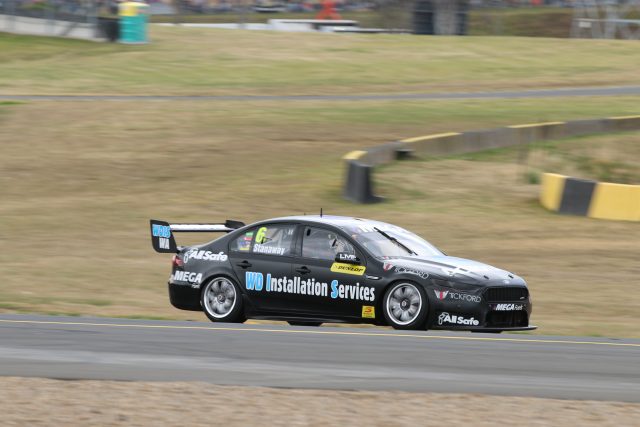 Richie Stanaway has scored his first race win in a Supercar in his first round start in the Dunlop Super2 Series at Sydney Motorsport Park.

The New Zealand sensation made a great start to drive past Race 3 winner Anton de Pasquale (Paul Morris Motorsport FGX Falcon) and into the lead at Turn 1, clear of the carnage unfolding behind him.

Jack Le Brocq (MW Motorsport Altima) was slow away and soon found himself headlong into the pit wall thanks to a tag from Will Brown, who had been pushed across into Le Brocq due to side-to-side contact with Richard Muscat (Garry Rogers Motorsport VF Commodore).

Around the corner, Andrew Jones ended up spinning in his Brad Jones Racing VF Commodore as Shae Davies pulled off to the side of the track due to damage to his MW Motorsport Altima.

While Davies himself did not know who had hit him, race control has advised that an incident between Davies and Jack Smith (Brad Jones Racing VF Commodore) at Turn 1 on Lap 1 will be investigated post-race.

The stricken MW Altimas saw the Safety Car deployed before a restart on Lap 4 when second-placed de Pasquale drove alongside Stanaway, just managed to not overtake before the control line, then took over the lead at Turn 1.

However, he held the lead only half a lap before Stanaway hit back at Turn 6 and eventually drove away to a 4.9s victory in a race shortened from 18 to 15 laps, setting a new lap record in the process.

“I can’t ask for much more than that,” said Stanaway.

“I was really keen to get a win this weekend, so I’m glad we got there in the end.

“I’m just really grateful for the opportunity from PRA and all of the sponsors that have jumped onboard this weekend to give them the opportunity to do this, so I really enjoyed it and really happy to get that win.”

Macauley Jones took a personal-best second place after he benefited from de Pasquale’s struggles on an older set of tyres.

Jacobson also drove underneath car #67 at Turn 2 on Lap 13 to finish third, after earlier getting involved in a willing stoush with Paul Dumbrell over fourth position.

De Pasquale’s fourth placing was enough to give him the round win, ahead of the Eggleston Motorsport VF Commodores of Dumbrell and Will Brown.

Bryce Fullwood (MW Motorsport Altima) finished seventh, having applied big pressure to Brown without being able to find a way past.

Todd Hazelwood (Matt Stone Racing VF Commodore) was eighth from Lap 4 until the end, dropping five positions from third place just after the restart when he ran completely off the road at Turn 1.

Just five points separate Hazelwood and second-placed Dumbrell in the series standings after the latter won the first two races of the weekend.

Round 6 supports the next Supercars event with two races at the Wilson Security Sandown 500, from September 15 to 17.

Series Points: After Round 5