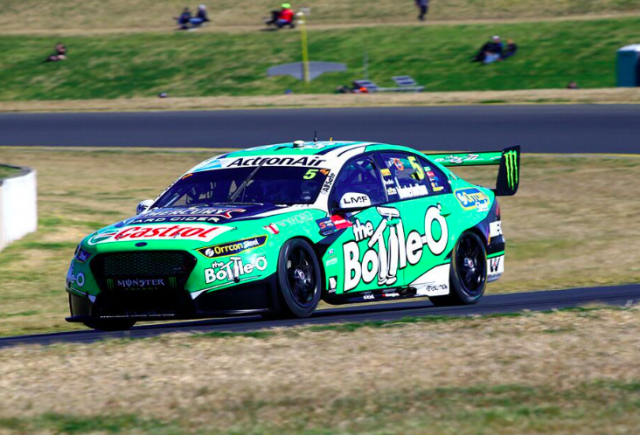 Mark Winterbottom believes his Prodrive Falcon has taken a step forward now he has adopted a set-up direction pioneered by team-mate Chaz Mostert.

The 2015 champion has made the switch for this weekend’s Red Rooster Sydney Super Sprint and has already noticed a positive impact after Friday Practice.

Winterbottom ended the second 45 minute session in second behind Scott McLaughlin (DJR Team Penske), but ahead of Prodrive team-mates Mostert and Cameron Waters, as Fords filled the top four positions.

The 36-year-old recorded two podium finishes this season but has been unable to regularly match Mostert, who has led the charge for the Prodrive outfit.

Although it is early days, Winterbottom feels his car is much more versatile when it comes to changes with the new set-up direction.

“It’s just the direction, and it’s not just engineering as well, it’s the team philosophy we were taking,” Winterbottom said of the changes between his set-ups.

“They were a little bit different in certain areas and now we’ve got the greenlight to sort of put that direction in your car, which is nice.

“When people say you can’t drive the same, that’s where it frustrates you as a driver because you adapt pretty quickly to what you’ve got.

“It felt okay initially and then Brendan and I tuned it a bit to how we wanted it. It’s just nice to have a car that you can sort of make changes and make sense.

“Today we moved the strengths around, which was nice, and not lose some and gain some and that side of it. I haven’t had that in six months.

“It was a good day at a track that’s been a bit of a bogey track for me. It’s not one of my best tracks.

“It was a good day and makes you feel confident going into the rest of the year knowing you’ve got something.”

The Red Rooster Sydney Super Sprint continues tomorrow with a final 45 minute practice, ahead of a 20 minute qualifying and a 31 lap race.