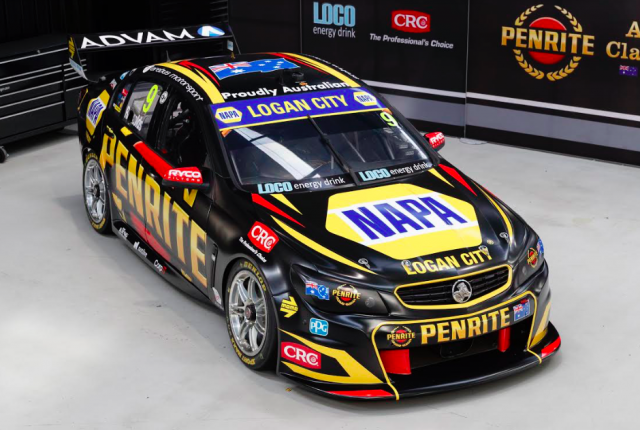 The Melbourne squad has inked a new sponsorship deal with the automotive parts retailer which has resulted in prominent branding on the #9 Erebus Commodore.

NAPA, a division of Genuine Parts Company, is the market leader in America, Canada and Mexico with the franchise now expanding into the Australian market, by opening a store in Brisbane.

The company has featured heavily in American motorsport backing entries in NASCAR Cup and IndyCar.

NAPA is expected to feature on Reynolds’ car at selected rounds for the remainder of the season.