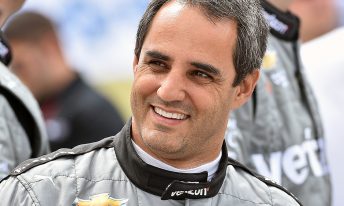 Team Penske has named Juan Pablo Montoya and Dane Cameron as drivers for one of its two IMSA WeatherTech SportsCar entries when it returns to sportscars next year.

Montoya has been part of the Penske stable since 2014, when he returned to American open-wheel competition after a stint in NASCAR, but has raced only in the two Indianapolis IndyCar races this year.

The Colombian has a relatively brief sportscar CV, but has won the Daytona 24 Hours three times with Chip Ganassi Racing. 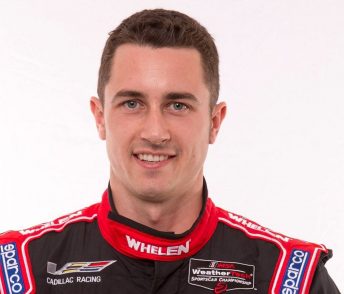 American Cameron moves across from Action Express Racing, with whom he won last year’s IMSA Prototype title, having also taken the GT Daytona class crown with Turner Motorsport in 2014.

The pair will team up in an all-new Daytona Prototype International-spec (DPi) Acura ARX-05, which partially broke cover during testing at the Paul Ricard Circuit in July.

“I have really enjoyed working with Roger and Team Penske over the last four years,” said two-time Indianapolis 500 winner Montoya.

“When Roger asked if I’d like to be part of starting this new sportscar operation with Acura, it was an easy decision. I’ve always loved racing sportscars.

“It’s definitely a challenge and it’s going to be a lot of fun to develop a new car with Acura. I’m excited to start the testing of the ARX-05 next week.”

While Cameron is already a proven sportscar driver, the 28-year-old says that the call-up from Penske is an honour.

“Getting a chance to race for Team Penske is like a dream come true for a driver,” he exclaimed.

“To see all of the effort and resources that Acura Motorsports is putting into this new program to develop and win with the ARX-05, it’s really impressive.

“It’s going to be an awesome experience to add my name to the list of drivers that have driven for Team Penske.”

While there is no official word on the identity of the second car’s drivers, it is widely expected that Helio Castroneves will be moved over from Penske’s IndyCar program to fill one of the seats.

The IMSA program also presents the possibility of Penske’s Supercars drivers being called up to race in the Daytona 24 Hours.

The Acura prototype will be formally unveiled on August 18 during Monterey Car Week.

Next Story AMG GT4 to make race debut at Nurburgring