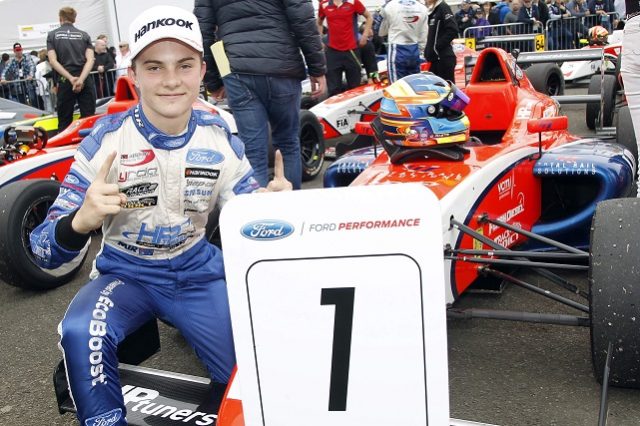 Oscar Piastri has dominated British Formula 4 for the second round in a row, with a double pole and two race wins in Round 7 at Knockhill.

Fresh off doing the same last time out at Snetterton, Piastri led away from pole in Race 1 and while a late Safety Car allowed championship leader Jamie Caroline to close in, the Australian made a good restart and took victory.

Piastri finished eighth in the reverse grid Race 2, making the finish despite front wing damage after contact with Linus Lundqvist.

In Race 3, Piastri again led every lap in an Arden team one-two-three, ahead of Alex Quinn and Ayrton Simmons.

“I hope to keep having this winning feeling,” said Piastri.

“It’s amazing really and fantastic to deliver a result (for the team) like this. To get a 1-2-3 and put it all together when it really matters is something very special.”

Oliver York won Race 2, while a quirk of scheduling saw Caroline win a race which was held over from Oulton Park in May.

Piastri, who finished that encounter in sixth with a technical issue, now trails Caroline by a reduced margin of 46.5 points ahead of Round 8 at Rockingham on August 26-27. 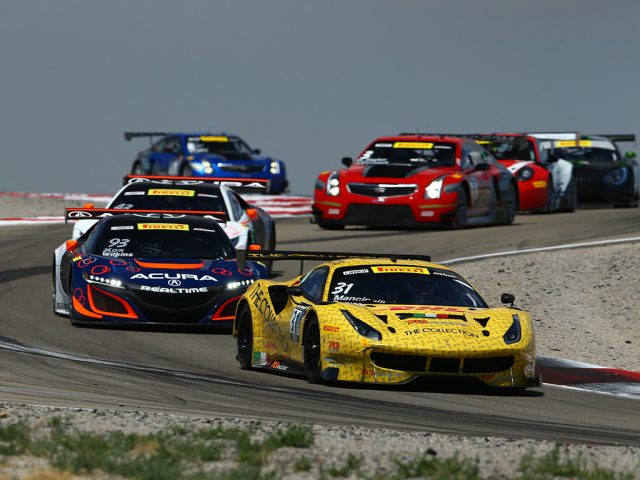 In the Saturday race, Peter Kox in the #93 RealTime Racing Acura NSX led the field away from pole, with Daniel Mancinelli in the #31 TR3 Racing Ferrari 488 next in the queue.

Kox was first to pit, handing over to Mark Wilkins, while Mancinelli was quick enough during that period of the race to allow his co-driver Niccolo Schiro to take over the lead when they made their stop just after.

However, Schiro ran off with just under 20 minutes of the hour-long race remaining, and while he closed back up to the rear of the #93 Acura it was Wilkins who held his nerve for a 0.228s victory.

Mancinelli/Schiro got their win in the Sunday race, Schiro pulling a five-second lead in his stint before Mancinelli survived two Safety Cars on his way to the chequered flag.

Tom Dyer/Ryan Eversley made it a reversal of the top two as far as teams were concerned, taking their #43 RealTime Racing Acura NSX to second position after Eversley was unable to capitalise on a slight Mancinelli error at the latter restart.

The next round will take place at the Circuit of the Americas on September 1-3, with the SprintX format again in play. 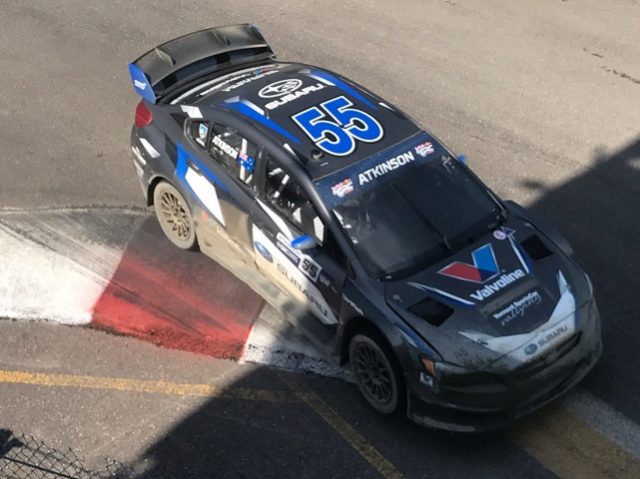 Chris Atkinson on his way to a heat win in Round 9 pic: Red Bull Global Rallycross Twitter

Scott Speed has won both finals in the Red Bull Global Rallycross double-header in Atlantic City, while Chris Atkinson had a mixed weekend.

Speed (Volkswagen Andretti Rallycross) started at the front of the Round 8 final on the Saturday but was swallowed up into the first corner and emerged sixth, only to fight back and take a 2.7s victory.

Atkinson managed only one lap due to suspension damage to his Subaru Rally Team USA Impreza after a first corner hit.

Round 9 on the Sunday also fell to Speed, who extends his championship lead, as Atkinson backed up his win in Heat 3A with a fourth in a bruising final. 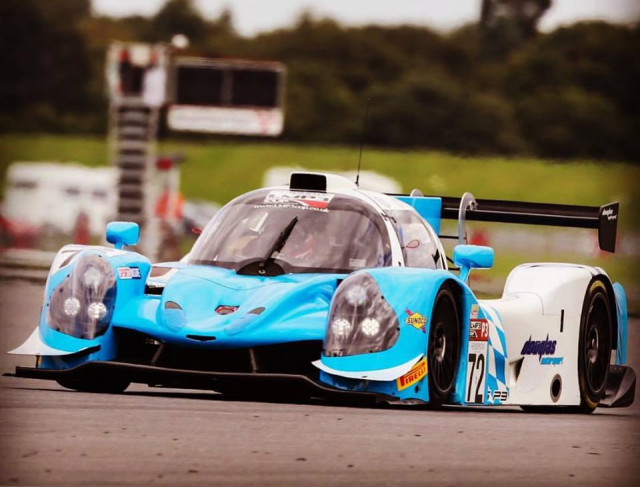 Thomas Randle set the fastest lap in both races in Round 5 at Snetterton, but could only manage to haul his and Mike Newbould’s Douglas Motorsport entry up to fourth in Saturday’s race and fifth on the Sunday.

Alasdair McCaig/Colin Noble won the former encounter while Christian England/Andrew Evans prevailed in a tight affair in the latter.

Noble/McCaig lead the championship with Randle/Newbould fifth ahead of the penultimate round at Donington on September 16-17. 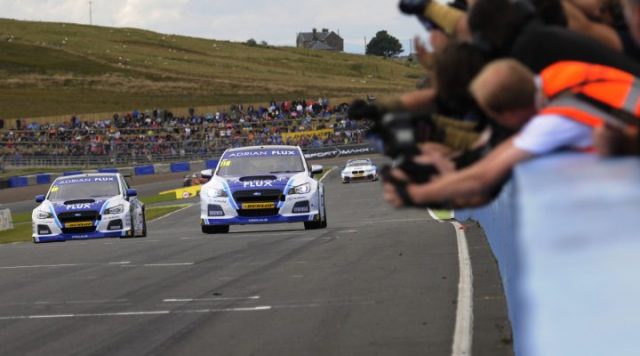 Plato won Race 1 amid a failed attempt to let Sutton lead a lap and give the latter a bonus point, with Sutton winning Race 2 having passed Plato mid-race for another one-two.

Ingram ran away with proceedings in Race 3 after early leader Ant Whorton-Eales (Audi) ran off at the chicane.

Colin Turkington (BMW) has a four-point championship lead over Sutton with the next stop being Rockingham on August 26-27. 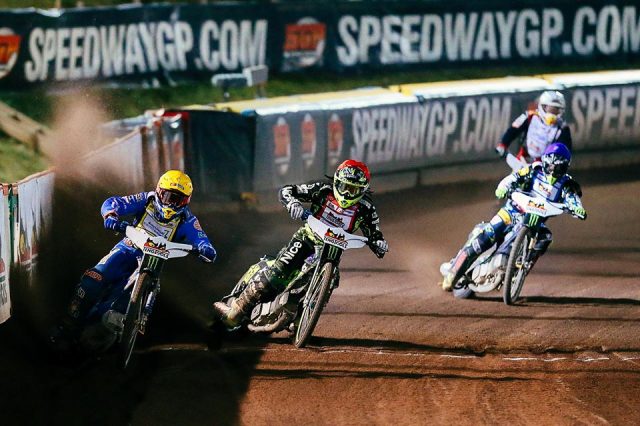 Round 7 of Speedway GP in Malilla

Jason Doyle has lost the lead of the Speedway Grand Prix championship after missing the semi finals in Malilla, Sweden.

Bartosz Zmarzlik won the final after passing Antonio Lindback at the final corner, while Maciej Janowski took fourth and with it the championship lead, by five points.

Chris Holder won Heat 15, finished the meet in 10th, and sits 11th in the points.