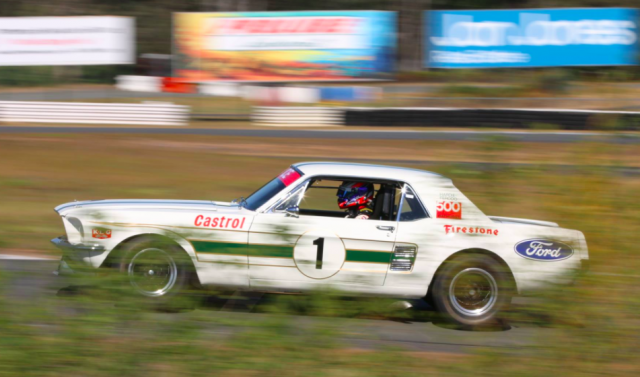 The car helped Geoghegan to the 1967 ATCC title after taking victory at Lakeside Raceway, which held what was the only round of the championship that year.

Geoghegan took the car to victory on its maiden run after long time race leader Norm Beechey suffered a rear tyre failure on the approach to the Shell Bridge late in the 50 lap race.

Now in the hands of Wall Racing, the car, originally prepared by John Sheppard, will return to the scene of its famous victory half a century on.

Wall Racing has owned the car since 2005 after acquiring the championship winning Mustang at an auction. 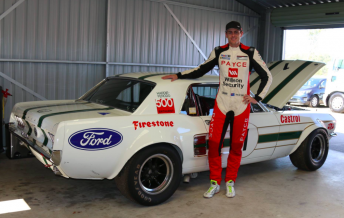 After winning the 1967 title, Geoghegan successfully defended the title the following year and went on to add the 1969 crown to his impressive resume.

Wall, who regularly drives the Mustang at historic events, admits it will be special to drive the car almost 50 years to the date of its success at Lakeside.

“It is very special to drive the car,” Wall told Speedcafe.com.

“It is a very different car to drive. You are kind of out of brakes after a few laps, the engine is not bad and it puts its power down ok, but the biggest thing is the steering is unbelievably heavy.

“I take my hat off to ‘Big Pete’ and I can see why he drove it with the back wheels on fire most of the time because that is about the only time the steering goes light.

“It is an enjoyable car to drive and it is nice to be able to show the cars off.”

The car is among an array of heritage Australian touring car machinery, featuring Holden, Ford, Nissan and BMW set to compete at the Queensland track this weekend.

Wall will race the car in the Group N category which will be joined by the Heritage Touring Cars, Queensland Touring Car Championship, Trans-Am and TA2 classes.

An ex-Bob Jane Holden Monaro is due to be raced by 1995 ATCC champion John Bowe, while Phil Brock, the brother of the late nine-time Bathurst winner Peter Brock, will drive a Holden Torana.