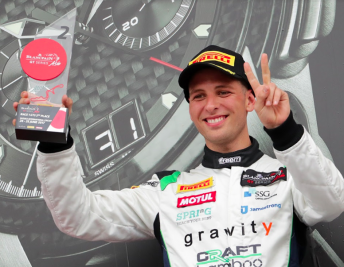 The 25-year-old returns to the series following a successful debut at Suzuka that saw the Australian guide the #88 Porsche GT3 R to second and eighth in the two races, alongside Brit Devon Modell.

Foster has been competing in the FIA World Endurance Championship this year, where he has been driving a Porsche 911 RSR for Gulf Racing.

The Queenslander is set to rejoin Craft Bamboo Racing for races at Fuji Speedway in Japan (August 19-20) and the penultimate round at China’s Shanghai International Circuit (September 23-24).

“It is a pleasure to be joining Craft-Bamboo in Fuji next weekend,” said Foster, who won the 2015 Carrera Cup Australia title.

“It is very exciting to be jumping back in with the team to give it another go. 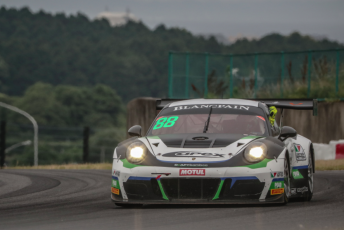 “Obviously our first race in Suzuka was very successful, not only for the team but also individually for Devon and I.

“It will be good to be paired up with Devon again and with a weekend of racing already under our belt, ideally we are looking to make some more improvements and hopefully take that extra step on the podium.

“Suzuka was really positive for the team; we had the greatest points haul of any team that weekend, so we will be aiming even higher in Fuji to climb up the team standings ladder.

“I am really looking forward to getting back out there and driving the GT3 R again, it has been a bit of a summer break for me, so it will be great to kick the second half of the year off with Craft-Bamboo Racing.”