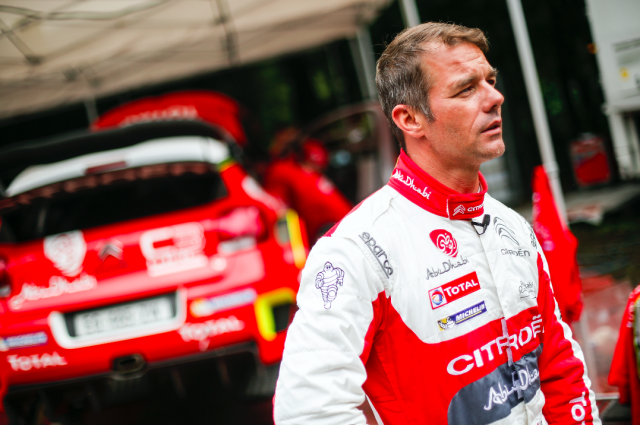 Nine-time WRC title winner Loeb and long-time co-driver Daniel Elena had their first run in a 2017-spec World Rally Car when they rejoined Citroen for a test in France’s Moselle region on Tuesday, ahead of next weekend’s Rally Germany.

That test was undertaken on tarmac roads, but with Citroen having struggled in particular on gravel rallies so far this season Matton said he wanted 43-year-old Loeb to try the C3 WRC on loose-surface in the future.

“For the moment, nothing is decided but it will be interesting to have him on a gravel test session,” Matton told the official WRC website.

“We will see if it’s possible.

“He’s quite busy with his rallycross programme and his cross-country events [for Citroen’s sister brand Peugeot].”

Former Volkswagen driver Andreas Mikkelsen will make his third start of the season for Citroen in Germany, alongside regular drivers Kris Meeke and Craig Breen.

Matton said the feedback Loeb gave after Tuesday’s test, which included running in both dry and wet conditions, could prove useful for the Trier-based event.

“What he did (on Tuesday) was quite interesting and it was quite helping us also if we have some raining conditions in Germany due to the lack of feedback we had during the Germany test in rainy conditions,” said Matton.

“Now we have to see the weather forecast for next week to see if we can use what he did this morning.

“But his feedback is really interesting and his technical knowledge helps us a lot.”

Loeb’s recent test has added to recent speculation he could make a competitive return to the WRC, but Matton has already ruled out the Frenchman driving competitively for Citroen before 2018.