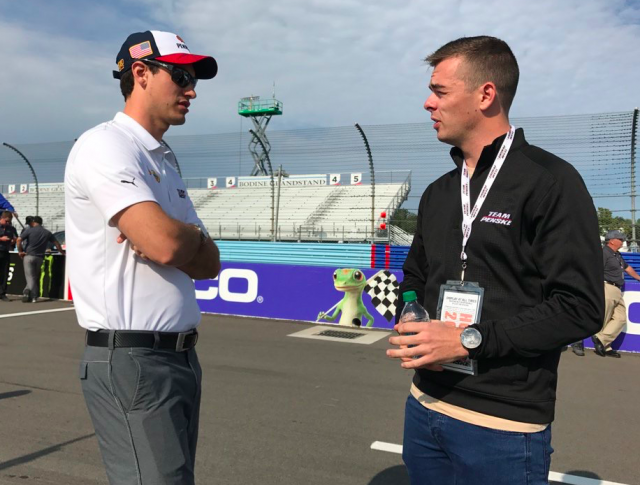 Scott McLaughlin enjoyed a chance to see Team Penske’s NASCAR operation up close during a visit to the Watkins Glen 355.

The DJR Team Penske Supercars driver was a special guest of Team Penske for the weekend’s race at the New York state circuit.

McLaughlin, a long time NASCAR fan, found himself entrenched in the Team Penske pits meeting the team’s star drivers including Joey Logano and Ryan Blaney, while taking in the action with squad owner Roger Penske. 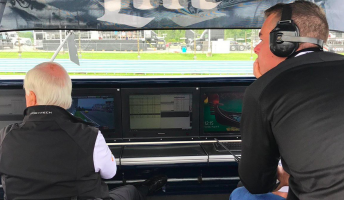 McLaughlin takes in the action with Roger Penske

The Supercars championship leader posted pictures of himself in the paddock along with a series of short videos.

It proved to be a difficult weekend for Team Penske with Brad Keselowski and Logano finishing 15th and 24th respectively, while Blaney was eighth in the squad’s customer entry.

“Unfortunately we didn’t see a win. I thought we were on there with the #21 car (Blaney) and even the #2 (Keselowski), but obviously a few things didn’t fall our way with fuel,” said McLaughlin in a post-race video on social media.

“But it was awesome to be a part of it all and really feel like we’ve got a big brother over here.

“Everyone at Team Penske thanks for having me and my entourage and hopefully we’ll be back over sometime soon.”

Small was promoted to the crew chief role for the first time since moving to the series in 2014.

It was great having him visit with the team! #VASC pic.twitter.com/r5F95CIgZX