NATIONALS: Pearson/Bates back up in APC at QR

NATIONALS: Pearson/Bates back up in APC at QR 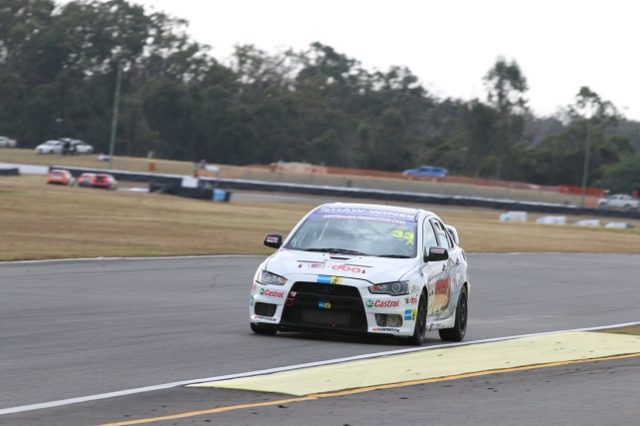 Bob Pearson and Rick Bates have completed a clean sweep of Round 4 of the Australian Production Car Series at Queensland Raceway’s Shannons Nationals meeting.

Tim Leahey closed in towards the end of the second 300km race of the weekend but had to settle for second for he and Beric Lynton (#1 Bruce Lynton BMW M1), with Chaz Mostert and Nathan Morcom last car on the lead lap in third.

As he had done a day earlier in Race 1, Pearson (#33 Pro Duct Mitsubishi Evo X) made a storming start only to once again be run down on the back straight by Iain Sherrin in the rapid #18 Sherrin Rentals BMW M4.

Iain Sherrin led by more than 15 seconds when the Safety Car was called on Lap 8 for the beached Mitchell Naylor (#42 Mazda3 MPS), but lost the lead altogether when he was slapped with a drive-through having been judged to have overtaken under Safety Car conditions.

While the Sherrins argued that the pass in question was another car redressing its own pass under Safety Car, the black flag stood.

Iain Sherrin climbed back into the lead on Lap 33 but car #18 then made two stops under green flag after first changing brake pads only while gambling on a Safety Car call which never came, putting Grant Sherrin two laps off the pace.

That put Lynton/Leahey back in the box seat, with Lynton having also passed Pearson by the end of Lap 1.

However, with Car #33 pitting seven laps earlier and executing a much faster pit stop than Car #1, Rick Bates ended up nearly half a minute ahead of Leahey after the pit stop cycle.

Leahey made big gains towards the end of the race, but still fell eight seconds short in the 96-lap journey.

Mostert and Morcom were a distant third, while the Sherrins got one of their laps back as they finished fourth.

Round 5 is The Island Four Hour at Phillip Island on September 8-10. 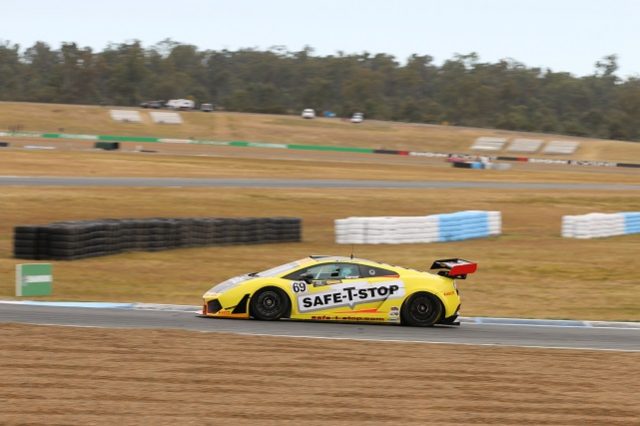 Richard Gartner has converted pole position into his maiden two race wins in Round 3 of the Australian GT Trophy Series.

Gartner (Lamborghini LP560) effectively led all the way in the first, 50 minute race, but came under pressure from Rod Salmon (Audi R8) throughout.

A shorter compulsory pit stop helped Gartner hold onto the lead and he had too much in a straight line when Salmon did close in again late in the race.

In Race 2, Salmon took the lead after jumping too early from the outside of the front row, ahead of Gartner, Mack, McLaughlan, and Smith.

Those positions remained unchanged until the compulsory pit stops, when Gartner emerged with a lead of over seven seconds but Mack, Smith, and Salmon ran nose-to-tail in second to fourth positions.

Salmon picked off Smith and then Mack when they ran wide while trying to run defensive lines on Laps 26 and 38 respectively, but a five second penalty dropped him back to third in the final classification.

Aaron Cameron won the MARC class in both races on his debut.

Round 4 is at Phillip Island on September 8-10. 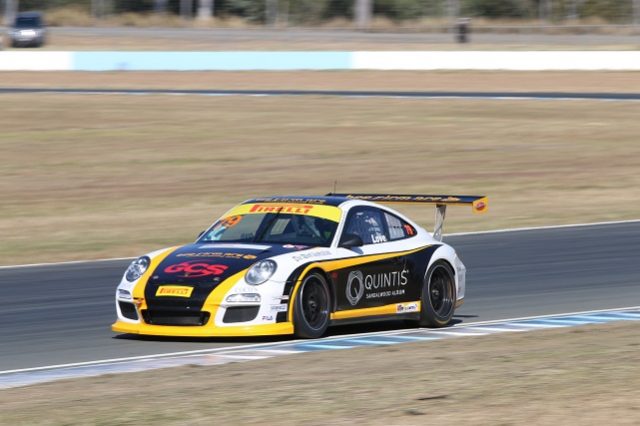 Jordan Love was untouchable as he took race wins nine and 10 in a row in Round 5 of Porsche GT3 Cup Challenge.

While Brenton Grove was more assured at each of the two starts, he couldn’t get in front on either occasion, leaving Love to run away with proceedings in the #79 Sonic Motor Racing car.

Grove finished second in both races, with third going to John Karytinos in Race 2 and Anthony Gilbertson in Race 3.

Karytinos had taken over that position when Gilbertson spun on his own and was then nudged head-on by Sam Shahin.

In Race 3, Gilbertson was shuffled back on the opening lap but got back up to third by the halfway mark.

Having secured the Jim Richards Endurance Trophy the day prior, Love is almost over the line in the series as well with just one round remaining at Phillip Island on September 8-10. 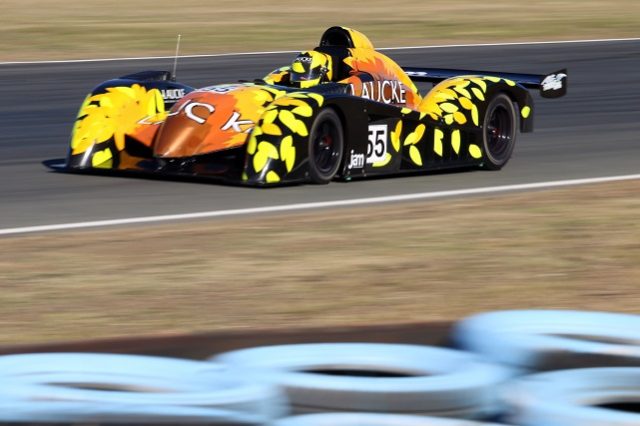 Mark Laucke leads the Australian Prototype Series with a round remaining after winning a dramatic weekend.

Laucke (West WX10) was the first of only three finishers in Race 3, after Race 1 and Race 2 winner David Barram (Chiron LMP3) was among a host of drivers to suffer mechanical issues.

The season wraps up at Phillip Island on September 8-10. 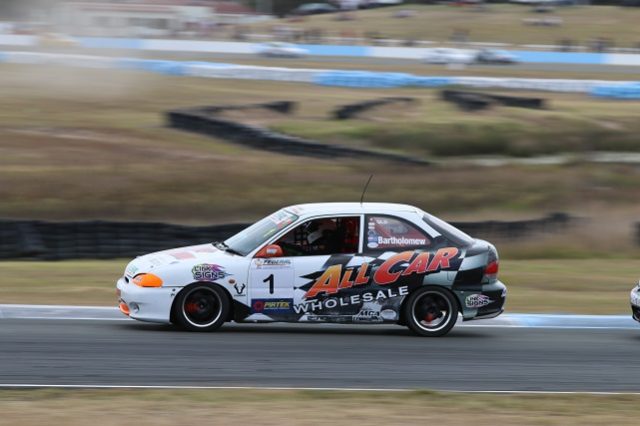 Cameron Bartholomew has taken a sweep of the local Series X3 round.

The final race of the weekend saw a race-long contest between Bartholomew and Jaylyn Robotham for the lead, with the two never separated by more than 0.5s.

Robotham twice took the lead, but each instance out in front lasted less than a lap as he finished 0.41s adrift.