Crutchlow ignored doctors over back injury

Crutchlow ignored doctors over back injury 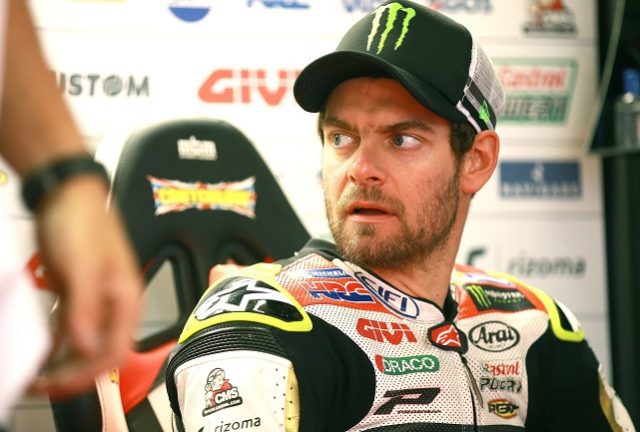 Cal Crutchlow has revealed that he qualified for the Czech MotoGP with a suspected fractured vertebra despite doctors advising him to sit out the afternoon after a practice crash.

Crutchlow and Marc Marquez came unstuck at Turn 10 during Free Practice 3 when they fell on oil dropped by Alvaro Bautista.

The LCR Honda rider was examined at the circuit medical centre where MotoGP medical director Dr Angel Charte identified a possible back injury.

“I respect Dr Charte and all the doctors in the clinic a lot, but the decision was mine and that’s why they got angry,” Crutchlow told Movistar TV after qualifying, in which he claimed fifth on the grid for Sunday’s race.

“I am a racer and I want to race. Now I have to go back to the hospital because they saw there was something (wrong) with the vertebrae.”

An LCR spokesperson has since advised that the subsequent hospital examination cleared the Brit of any serious injury.

Crutchlow is thus set to grid up for tonight’s grand prix, for which he qualified fifth.