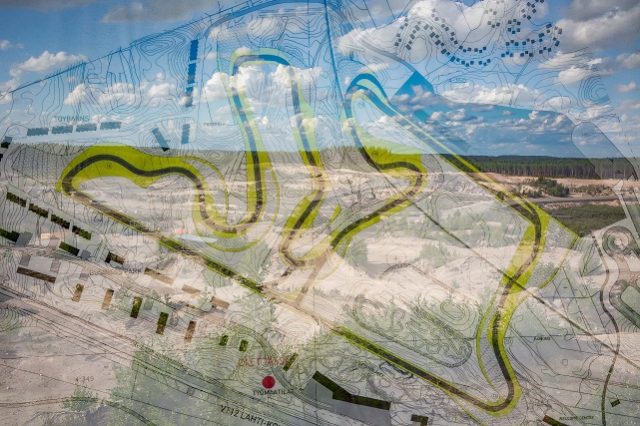 A map of the KymiRing

Finland will host a round of the MotoGP world championship from 2019 as part of a five-year deal with the new KymiRing circuit.

The KymiRing is currently still under construction and will be a 4.8km circuit, the only one of its kind in Northern Europe.

Finland had previously been tipped to join to the calendar for 2018, but will wait another year due to the mooted addition of a race in Thailand from next year.

“It’s a big pleasure to announce the agreement we have with KymiRing and the works are now underway,” said Dorna CEO Carmelo Ezpeleta.

“We will propose to the FIM to have Finland on the MotoGP calendar for 2019.

“This is a great day as it’s so many years since the Imatra GP here in Finland and we are very proud to announce this new venue.

“Finland has been a traditional place for motorsport.”

Imatra was the last Finnish Grand Prix venue, in 1982.

”MotoGP is one of the most popular sports in the world,” said KymiRing chairman Kari O. Sohlberg.

“The five-year contract made with Dorna Sports has significant impact not only on Finnish motorsport but on the whole of Finland.

“Finland has a good reputation as an organiser of big international events. A good example from the sporting side is the WRC Finland, Neste Rally held last weekend.”

Dorna’s current contract with manufacturers and private teams, which runs until the end of 2021, caps the number of races in a season at 20.

With 18 races already on the calendar, future additions beyond Finland would come at the expense of existing races.

MotoGP returns from its summer break with the Czech Grand Prix, which starts with practice tomorrow.