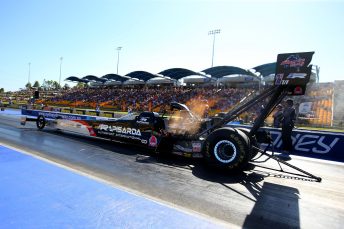 400 Thunder has unveiled an expanded calendar

The 400 Thunder Professional Drag Racing Series has unveiled an expanded 10-round calendar for its 2017/18 season.

The calendar now covers every mainland Australian state plus the Northern Territory, which hosted Round 1 at Hidden Valley on July 21-22.

The Darwin round is one of four new venues for 400 Thunder, with Calder Park Raceway, Adelaide International Raceway, and Perth Motorplex also being added to the calendar.

“We are excited at the prospect of taking 400 Thunder nationwide over the new season,” said 400 Thunder Chairman Tony Wedlock.

“There have been some minor delays in the release as we worked through some issues to ensure that the calendar works for all stakeholders, and by consulting closely with the racer representatives and the new promoters to the series I think we have a calendar and series that will provide the platform to drive the sport into the future.”

The 400 Thunder Sportsman Series will have two standalone rounds on an eight-round calendar.

The points cap for sportsman racers heading into the season-ending Gulf Western Oil Winternationals will remain at a 200 point maximum for the coming season.

See below for calendars 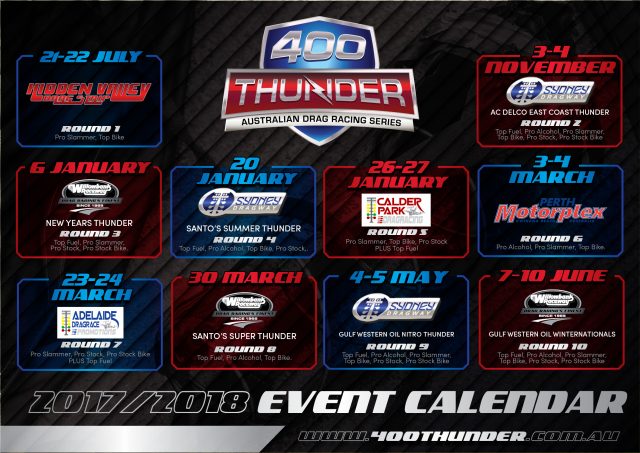 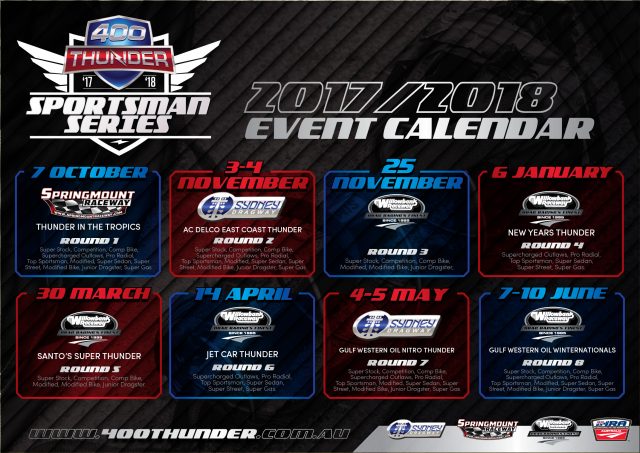