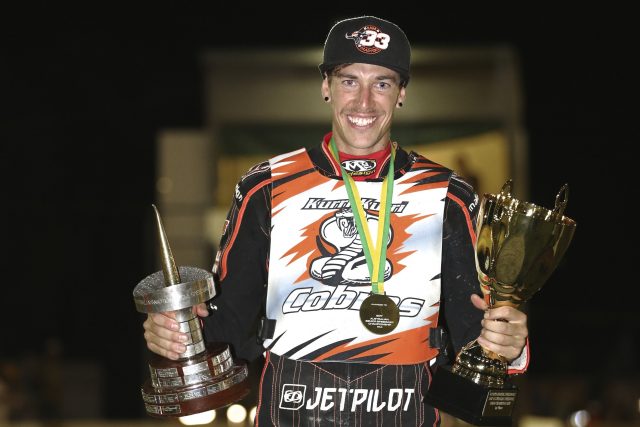 Sam Masters has been granted a wildcard for the final round of this year’s Speedway Grand Prix championship in Melbourne in October.

Masters, who has raced in each Melbourne round since its reinstatement in 2015, will come into the evening as the defending Australian Speedway Champion.

His inclusion makes for two Novocastrians in the field with championship leader Jason Doyle also hailing from Newcastle, and three Australians in total with Sydney-born Chris Holder currently 11th in the standings.

“I am so happy to have a wild card for the GP at home,” said Masters.

“My season so far is going pretty good over here (Europe).

“Every Speedway rider wants to race in a GP at some stage, so to be able to race in the Australian one, for the third time, is such an honour and a privilege.”

Justin Sedgemen and Davey Watt have been named as first and second reserves, respectively.

The pair finished second and third in the 2017 Australian Senior Solo Championship.

Speedway GP continues with Round 7 in Malilla, Sweden on August 12.

The last of 12 rounds takes place in Docklands’ Etihad Stadium on October 28.