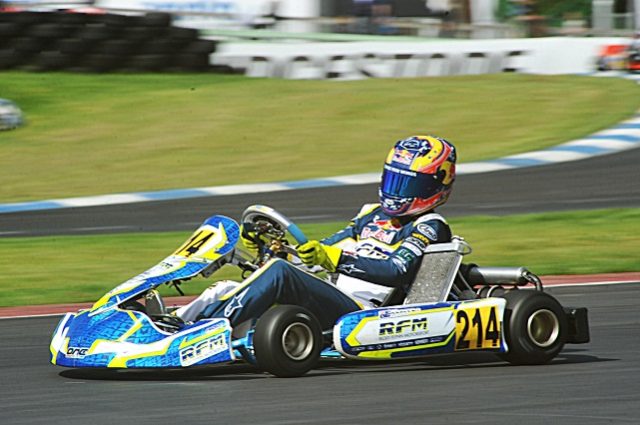 Jack Doohan has become the first Australian in a quarter of a century to win a round of the European Karting Championship.

Doohan took victory in the OK-Junior class in the final round of the CIK-FIA European Championship at Sweden’s Kristianstad circuit.

The 14-year-old qualified fourth-fastest and then won three of his four heat races to grab position one on the grid for the final.

He led all 21 laps in wet conditions, winning by more than two seconds.

The result left Doohan third in the championship at the conclusion of the five-round season.

Jon Targett was the last Australian to achieve a round win in the European Karting Championship, taking out the Formula Super A class in Belgium in 1992.

Doohan is next in action in the World Championship event at England’s PF International Kart Circuit on September 21-24.