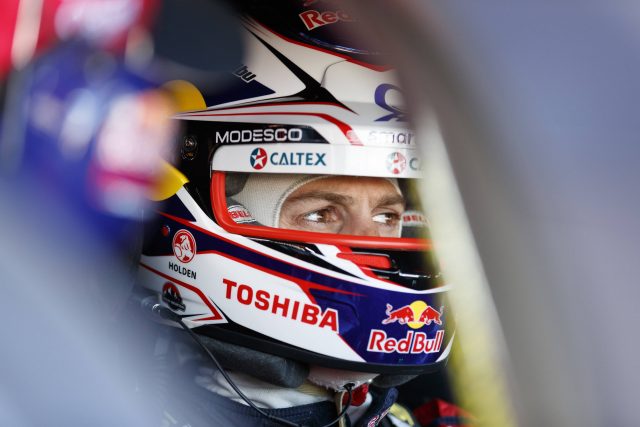 Stewards have decided against issuing a penalty to Jamie Whincup for a breach of the rules in the pits during Race 15 at the Coates Hire Ipswich Super Sprint.

The six-time champion took on fuel while the car was grounded after a mix up that saw the team’s air spike fail to lift the car into the air, contravening the regulations.

The fuel rig was briefly disconnected to allow for the use of a back up air spike.

Triple Eight team manager Mark Dutton confirmed to Speedcafe.com that it was a human error which resulted in the pit stop mix up that cost his driver 10 seconds.

The incident was investigated but stewards felt that the breach didn’t warrant a penalty due to extenuating circumstances.

“The Stewards received a referral from the DRD regarding an alleged breach of Rule D29.1.5.6 by Car #88, Jamie Whincup, for failing to have all four wheels raised off the ground whilst the Car was being refuelled during Race 15,” read a report from the stewards.

“The Stewards convened a hearing into the incident.

“The Team admitted the breach but submitted there were extenuating circumstances. After hearing all the submissions and considering the relevant matters, the Stewards found there was a breach of the rule but the breach did not warrant a penalty being imposed.”

Whincup, who has dropped 111 points behind McLaughlin in the title race, will start this afternoon’s race from third on the grid.